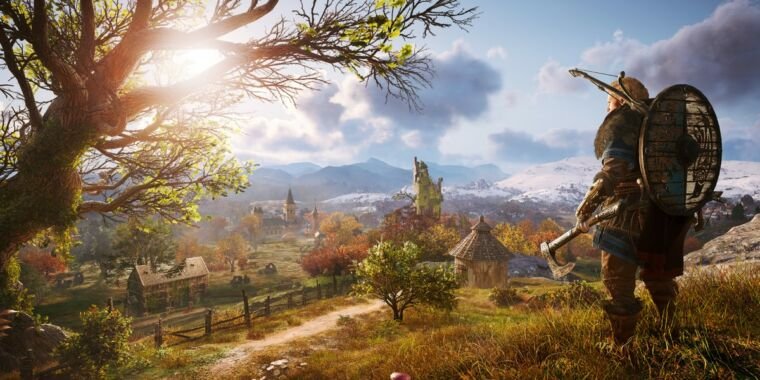 With the added power of the Xbox Series X, Microsoft has touted 4K resolution gaming at 60 frames per second as a new console standard. In recent days, however, we’ve learned that not all Series X titles will meet that standard.

In March, Microsoft announced that 4K/60fps level as the “performance target” for Series X games. Microsoft wanted to “build a next-generation console that could run games in 4K at 60 fps without compromising developers,” the company said. And Aaron Greenberg from Microsoft tweeted later that 60 fps should be considered the “standard output” for Series X games.

But that goal isn’t a guarantee that all Series X games will run at 60 fps. Ubisoft made that clear in a recent statement to IGN:

Assassin’s Creed Valhalla runs at a minimum of 30 fps. on Assassin’s Creed Valhallawe strive to give our players the best experience by immersing them in the most beautiful worlds and environments we can create, taking advantage of not only the graphical improvements offered by the next generation of consoles, but also faster loading times and the new architectures .

Microsoft has further clarified the situation in a series of tweets to Tom Warren of the Verge. “Ultimately, it’s up to individual developers to determine how they harness the power and speed of Xbox Series X,” the company said. “Developers always have flexibility in how they use the power, so a standard or regular 60 fps is not mandated.”

How many frames do you need?

Measuring how quickly the human visual system can sense changes is quite a tricky business. There’s a heated debate about exactly how fast a screen’s refresh rate can get before reaching a point of diminishing returns, to the extent that an average player can detect less visible motion ‘flickering’.

That said, in 2017, Professor Thomas Busey told PC Gamer that going from 30fps to 60fps is “demonstrably better” in terms of motion perception. For games where quick responses are important, 60 fps has long been considered a common goal.

In recent years, that has resulted in a number of high profile games running on consoles at just 30fps, even though the PC versions of those games usually allow for much smoother frame rates. The mid-generation hardware upgrades of the Xbox One X and PS4 Pro helped more games hit that 60fps speed, but many console games still struggled to consistently achieve that level of performance (while other games gave enhanced console players the choice to prioritize frame rate or resolution in the settings menu).

With the Xbox Series X “performance target,” Microsoft seems to be saying that any decision not to hit 60fps on the system is a clear choice of the developer, not a reflection on the hardware itself. Xbox Series X development chief Jason Ronald made this explicit in an interview with Eurogamer earlier this month.

Ultimately, we see resolution and framerate as a creative decision. Sometimes, from a pure gameplay aspect, 30 [fps] is the right creative decision they can make. But in previous generations, you sometimes had to sacrifice frame rate for resolution. With this next generation it is now completely within the control of the developers.

And even if you’re building a competitive game, or an esports game, or a twitch fighter or first-person shooter, 60 frames is no longer the ceiling. As we’ve seen on PCs and other ecosystems, ultra-high frame rates and ultra-low input latency is the precision they prefer to prioritize. That’s why we designed the system to put that creative control in the hands of developers.

This is not a new problem for Assassin’s Creed spell. Back in 2014, Assassin’s Creed Unity Senior Producer Vincent Pontbriand said developer Ubisoft has locked all versions of the game at 30fps “to avoid all the debates and such”, sparking an intense debate among the usual topics on the internet. “We could run 100 fps if it was just graphics, but because of AI we’re still limited to 30 frames per second,” Pontbriand said at the time, pointing out the tradeoffs that come with graphics fidelity.

We’ll see how many developers make a similar “creative decision” about next-generation consoles in the future. What is now clear, however, is that the newly emerging 60fps standard- for modern games falls short of a heavy-handed required for all games to achieve that goal.