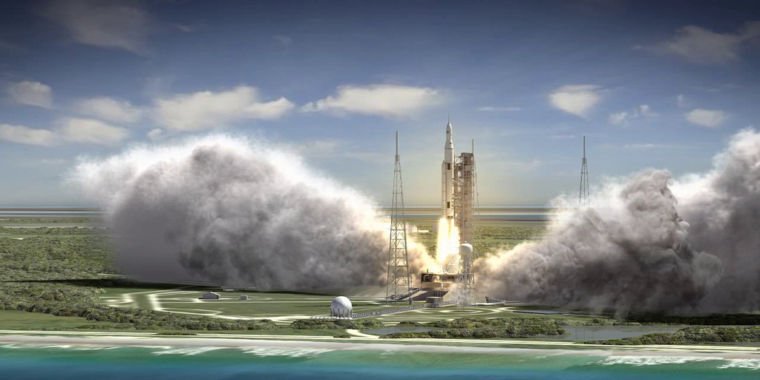 The US Congress pushed for the creation of NASA’s Space Launch System rocket in 2010, when members also successfully pushed back an attempt by the Obama administration to end support for the Orion spacecraft. Since then, Republicans and Democrats in the House and Senate have patiently spent $3 to $4 billion annually to further develop these spacecraft.

However, in recent years, the planned launch date of the first flight of the SLS rocket and Orion spacecraft has shifted rightward, from 2017 to 2018 and now likely mid-2020. While overall support for these spacecraft remains strong, delays in their development are beginning to break through nearly uniform congressional approval for these reconnaissance programs.

During a hearing Thursday before a House subcommittee on NASA, some of those concerns spilled over into the public eye. “It is very disappointing to hear about delays caused by poor execution when the U.S. taxpayer has invested so much in these programs,” said Rep. Lamar Smith (R-Texas), chair of the House Science, Space and Technology Committee. “NASA and the contractors should not assume future delays and cost overruns will have no repercussions.”

Smith, who recently announced that this will be his last term in Congress, may have felt freer to voice his concerns about the delays in the work of NASA and its major contractors, such as Boeing, Lockheed Martin, Orbital ATK, Aerojet and others. on the SLS and Orion programs. “That confidence is ebbing away,” he said of congressional confidence in NASA’s reconnaissance systems. “If it slips much further, NASA and the contractors will have a hard time regaining their credibility.”

The Texas congressman also tiptoed around an issue lawmakers have almost never mentioned publicly until now: SpaceX, Blue Origin and United Launch Alliance are all developing competing launch vehicles that could be useful for a lunar surface program. SpaceX’s Dragon spacecraft is also being built with a heat shield capable of returning from the moon, much like NASA’s own much more expensive Orion spacecraft.

“Alternatives to SLS and Orion would almost certainly incur significant tax dollars and lead to further delays,” Smith said during his prepared remarks. “But the more setbacks SLS and Orion face, the more support there will be for other options.”

The subcommittee chair, another Texas Republican, Brian Babin, did not go as far as Smith in his criticism of NASA. But he, too, said the space agency must now carry out its program. “Failure to do so could have serious consequences for the program and no one else can be blamed,” said Babin. “The government has shown its renewed support. Congress is consistently funding the program at a healthy level. It’s time for NASA and the contractors to deliver.”

Both testifying at Thursday’s hearing, NASA’s chief of human space flight, William Gerstenmaier, and the executive director of the American Institute of Aeronautics and Astronautics, Sandy Magnus, defended the status quo. They urged Congress to stay on track at NASA and continue to fund the program between now and 2023, when the first crewed flight of SLS and Orion can take place.

“I repeat, because this is critically important, to be successful in our space endeavours, it is imperative that we engage as a nation with a constant, long-term goal — it is the nature of space travel that it is time costs, patience and a constant goal to progress,” said Magnus.