Solar power has dropped in price – where does it go from here? | Techilink 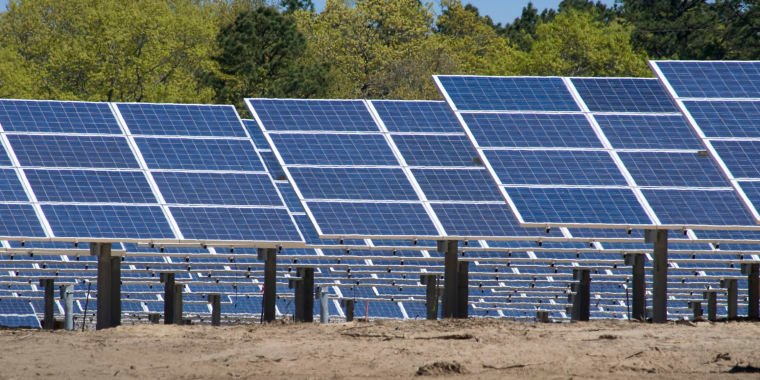 By the year 2000, the entire world had about four gigawatts of solar power installed, and things didn’t seem to be moving anywhere anytime soon. In 2002, the International Energy Agency’s forecast suggested that global solar capacity would still hover around 10 GW by 2020, barely registering in global energy markets.

How things change. In the 15 years that followed, solar energy capacity grew by 5,700 percent to 227 GW. The International Energy Agency has revised its solar energy estimates upwards three times during that period, but the most recent estimate – more than 400 GW of installed capacity in 2020 – is already behind the curve of solar energy growth. In 2015, the most recent year that figures are available, 57 gigawatts of solar panels were shipped. That’s enough to add 400 GW of new capacity in seven years, under the completely unrealistic assumption that our production capacity will not increase in the meantime.

If most projections have been wrong, can we say anything about the future? An international team of energy experts is attempting to figure out where solar power could go into the 2030s, when they expect we’ll have terawatts of photovoltaic power on our grids.

Their analysis includes many of the highlights above, along with a few others. For example, it notes that solar power purchase agreement prices have fallen about 75 percent in the past seven years alone, keeping them at about $50 per megawatt-hour in the US. Many sites around the world see prices approaching $30/MW hour. For those reasons alone, the authors expect the U.S. to continue installing 10 to 15 GW of new solar power annually through 2020 — about double the rate Germany achieved earlier this decade. Worldwide, the production capacity of solar energy will increase to 100 GW per year.

But to some extent, solar power is now a victim of its own success. As it quickly became commoditized, the investment money needed to further expand production capacity began to decline. Investments for research into new technology are also limited.

But they say investments can now really pay off. It is plausible, they argue, to bring the levelized cost of solar energy back to a quarter of what it is today, to $30/MW-hr. For context, that would be a third the cost of coal and half the price of natural gas.

However, this requires a large number of optimisations: more efficient panels, lower production costs, cheaper components, and so on. Some of these are already in progress. First Solar, the authors say, plans to produce panels for even less than it would take to meet that goal. And after years of stagnation, silicon efficiencies have crept up. The two main thin-film technologies, CIGS and Cad-Tel, have also seen efficiency gains. And there is always a chance that emerging technology, such as perovskite cells, will take off.

It is also possible to drastically shift finances by increasing the durability of panels. Technology has been shown to reduce the efficiency drop to about 0.2 percent per year, keeping panels usable for up to 50 years. That would give solar installations a lifespan longer than that of many fossil fuel plants and would yield an investment over a much longer period of time.

Staying well below the cost of fossil fuels could be essential for the further expansion of solar power. The authors note that several studies have suggested that it becomes challenging to stabilize the power grid once variable sources exceed 30 to 40 percent of the total electricity supply. Adding batteries could essentially turn solar power from a variable energy source into a shippable energy source.

But with solar power being more expensive than most other energy sources, tacking on batteries just isn’t economically viable. But the authors suggest that by 2030, battery technology and cost projections, combined with their solar energy projections, would make solar + batteries competitive with current coal prices.

In addition, batteries can have different functions in stabilizing the grid. In particular, they can be managed to respond to sudden changes in supply or demand. Currently, that function is provided by the inertia of the large spinning pieces of metal in traditional generators, but those will become less common on an increasingly renewable network.

The authors note that better grid management could also mitigate some of the challenges posed by intermittent energy sources. This includes demand response, where customers receive benefits for delaying high energy consumption activities until there is a sufficient supply of renewable energy. This could be anything from setting your washing machine to start running as soon as the price of electricity falls below a certain point, to overcooling or heating buildings at night so they can use less power the next day.

It is also possible to manage the batteries of electric vehicles in a grid-aware manner, which should be present in much greater numbers when the aforementioned battery improvements occur. By slightly adjusting the loading rate of millions of vehicles, a network can easily tolerate temporary fluctuations in supply or demand.

If all this happens, the authors argue, it’s possible that the world will have more than 5 terawatts of solar capacity somewhere by 2030. 2030s. Even if the panels produce only 30 percent of their optimum capacity, that would still take up a large chunk of global power demand, which currently requires about 15 TW of generating capacity.