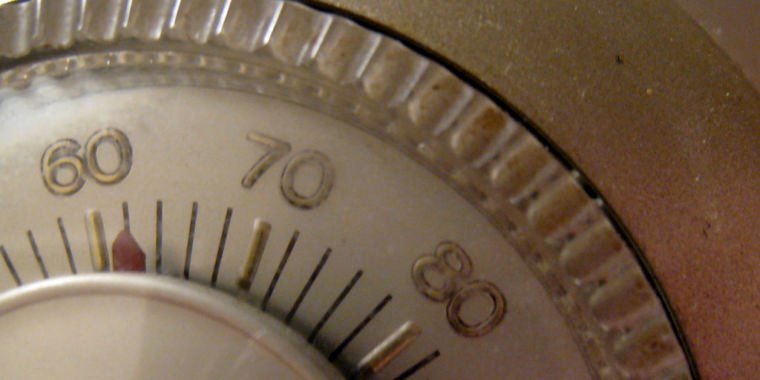 Not all electricity is created equal. Utilities prioritize getting power from the cheapest sources available. That means, as usage rises to what is typically a midday peak, utilities will eventually have to buy increasingly expensive supplies of electricity. By the time we reach the usage typical of a late afternoon during a heat wave, utilities have to turn on the most expensive forms of power — usually the oldest, least efficient, and most polluting plants.

Reducing energy consumption during these peak times is therefore in the interest of a utility company. And since it is an economic problem, many of the solutions have also been economic, such as instituting higher electricity rates during these times to encourage customers to use less. But a new study suggests that something as simple as a friendly reminder to customers could have a noticeable effect, and stacking reminders could have just as much impact as raising electricity prices by 70 percent.

We’ve done research before on how people change their energy consumption in response to economic incentives, but the effects were generally quite small. If you’ve ever been faced with a confusion of possible call/data plans and don’t bother to figure out which one is the best deal, you probably understand why – the economic incentives are often not great enough to generate much interest. That’s especially true for things like heatwave-induced power surges, when a change in pricing is likely to last only a few days.

Instead, this new work focuses on insights from behavioral research. There is a growing body of evidence that most people in various situations have a good idea of ​​what they should be doing, but they don’t always remember or feel inspired enough to do it. In these cases, friendly reminders – “nudges” in the terminology of the field – can be enough to spur many people into action. For example, there is now a large body of research showing that a simple automated text message can help people take their medication on time.

The specific question this research looked at was whether nudges could be additive. In other words, if you nudge customers twice, are they more likely to do something, or does the nudge reach saturation?

To find out, a team of US-based researchers set up a randomized trial in collaboration with California-based utility Opower. The utility took care of a pool of more than 42,000 customers and divided them into four different pools. It also tracked customers’ energy consumption through a series of peak load events over the summer.

Nothing changed for the control group. One of the experimental groups received a home energy report comparing the group’s use with other customers. This kind of push has been studied before and usually leads to a reduction in power consumption. Members of another group received phone and email alerts when peak loads were expected and told how well they had done in reducing their electricity consumption compared to other households. A final group got both nudges.

How did it all go? Both nudges proved effective. Compared to the control users, those who received a home energy report tended to have lower energy consumption (by just over two percent). And while their usage increased during peak loads, it didn’t increase enough to outweigh the benefit. In contrast, those who received reports focused on peak load events had similar energy consumption as their peers, but saw it drop by nearly four percent specifically during the event.

However, the main finding of the study was that the nudges do not saturate. The group that received both types of notifications had lower consumption than the groups that had just received one, with electricity consumption falling by 6.8 percent compared to controls. In fact, you could get a reasonable approximation of the behavior of the two-nudge group by simply adding the energy savings of both single-nudge groups.

While 6.8 percent may not sound like a huge change, it’s helpful to consider what a significant energy saving means: using fewer of the least efficient, most expensive and most polluting electricity generators. It is also useful to compare the nudges with the impact of economic policies, which are available from other studies. The authors estimate that, in order to achieve a 6.8 percent reduction in consumption, the electricity price would have to be increased by 70 percent during peak loads.

That is therefore an essential difference with a relatively small, automated intervention. And it’s good news that nudges can potentially stack. But to some extent, the nudges here focused on several things: one focused on general energy savings, the second on energy consumption during peak loads. In fact, the data indicates that the first intervention would not have been helpful for peak load problems if it had not reduced overall energy consumption beyond those events. So it’s not clear from this work whether you can tackle a single problem in two different ways and still see an effect.

The other question that remains to be resolved is whether the nudges saturate over time. The work only included one summer of peak loads, so it’s hard to say whether the same households would respond the following year.

So there is still plenty of work to do if we are to understand the benefits and limitations of nudging. But the work makes it clear that it’s worth seeking out.