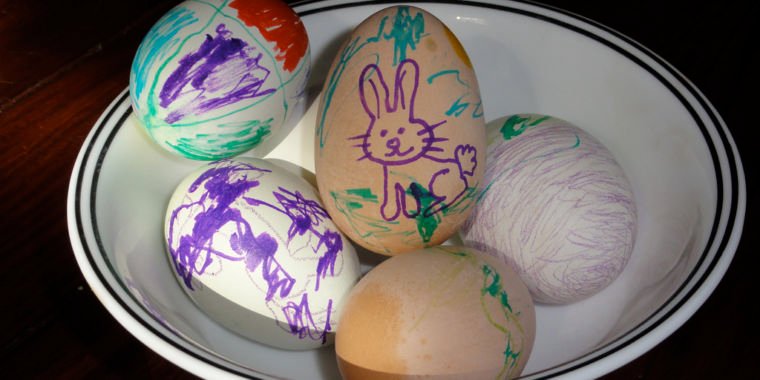 laser? Individual atoms trapped next to hot surfaces? Lots of dense text about degrees of freedom and stuff? I’ve found the afterlife, and it’s a great quantum optical experiment.

Researchers have shown how to trap and cool atoms right next to a hot surface. This sounds a bit abstract. But if we ever want to use ultra-cold atoms in sensors, this is exactly what we should be able to do.

The basic idea behind these kinds of studies is that individual atoms make very sensitive probes to magnetic fields. They can be used to model complex quantum systems to perform calculations for us. They can be used to aid in the distribution of quantum keys. There’s almost nothing that can’t be done with a laser and some ultra-cold atoms.

Staying cool next to a hot plate

The flip side is that the ultra-cold atoms are usually in a large vacuum chamber, isolated from everything. A cloud of atoms in the center of the vacuum chamber is easy to detect; a single atom is really hard. However, they are single atoms that we would ideally like to use in a calculator or sensor.

To interact with individual atoms, we want them to be up close and personal with light delivery systems. That puts the atoms in a predictable position and exposes them to higher-intensity light so that they react more efficiently. It also places an atom with a temperature of a few nanoKelvins near a surface that is at room temperature. An experience like this does not end happily for the atom.

Imagine the atom sitting at the bottom of a bowl made of laser light. The atom never sits still. Instead, it rolls back and forth on the bottom of the bowl.

The nearby surface (I think we can all agree ~300nm is close) doesn’t leave the atom alone. Surfaces, even when mounted as rigidly as possible, move and vibrate. These small fluctuations give the atom little pushes and kicks. As a result, the atom begins to roll further and further down the sides of the bowl. Since this is quantum mechanics, the atom must adopt specific rolling motions (or energy). So as the atom gets hotter, it climbs a ladder of energetic states.

Finally, the atom reaches the top of the bowl and flies off, then plows into the hard stainless steel wall of the vacuum chamber. It never ends well for the atom.

Even if the sides of the bowl were constantly raised to trap the atom, the high temperature would prevent its use. Heating the atom keeps it in an unknown state of motion while we need to know its state of motion to manipulate it if we are going to use it for detection and calculation.

The alternative is to continuously cool the atom, which presents its own challenges. Yet this is exactly what researchers from Austria and Germany have done.

The researchers’ high-temperature surface was an optical fiber stretched to a diameter of just 250 nm. Cooled cesium atoms were dropped onto the fiber and held in place by light along it. That works because part of the light field leaks out of the fiber and it keeps the atoms about 300 nm above the surface.

At this stage, if nothing is done, the fiber heats up the atoms and blows them out of the trap in about 75 milliseconds.

The applied magnetic field reshapes the two traps so that their energy ladders align, except the alignment is shifted by one step. This means that the second rung of the hidden state ladder aligns with the bottom rung of the addressable state ladder.

The light in the fiber only excites our atom when it is on the excitable state ladder. A laser flips the atom back into its hidden state, causing it to climb a rung down the ladder as it leaves. After a little poking to change the internal state of the atom, it returns to the addressable state ladder, but at a lower energy (see image).

In practice it is not quite there yet. The fiber always heats the atom. However, the researchers showed that they could cool it efficiently enough that it never gets hot enough to leave. Well, not quite indefinitely: the vacuum around the atom isn’t perfect. Occasionally, a high-speed water molecule pushes the atom out of the trap. Nevertheless, a drop time of almost two seconds is pretty cool.

The researchers have not yet succeeded in trapping atoms in the lowest possible state. Their cooling rate is sufficient: they suck out energy at about 20 times the rate the nearby fiber adds. The problem is the optimization of the experiment. When an atom is in the lowest possible state, it is not completely blind to the lasers that do the trapping and cooling. The power of these lasers is such that they occasionally kick the atom out of the ground state themselves. The result is that, on average, the atom is never quite in the ground state.

The researchers note that their setup is such that they can optimize the power of the laser. If that happens, they should have atoms that remain in the ground state for considerably longer. From there, the real fun can begin: quantum information processing with small arrays of atoms. I look forward.