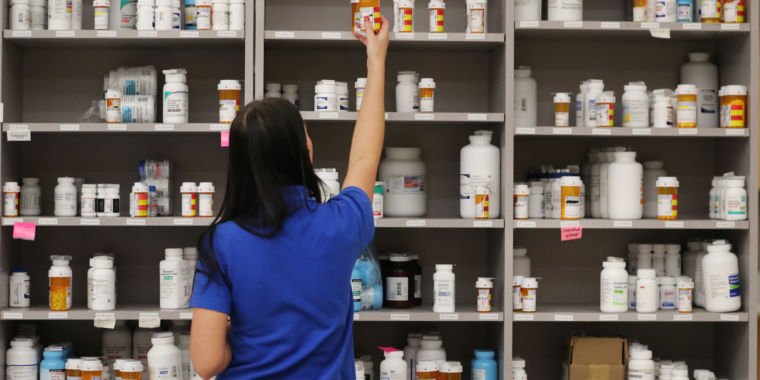 Tired of the exorbitant price tags of old, non-proprietary drugs, 18 Blue Cross and Blue Shield companies have partnered with a non-profit organization dedicated to manufacturing and selling affordably priced generics.

The BCBS companies are providing $55 million in their new partnership with the nonprofit Civica Rx, the two organizations announced.

Like the new venture, Civica was born out of frustration with the pharmaceutical industry’s sharp price increases and dangerous shortages of essential drugs. In 2018, numerous healthcare organizations teamed up with three philanthropists to produce their own brand of generics, forming Civica and thwarting the generics industry. Their goal was to provide hospitals with injectable generic drugs in fixed supplies at affordable prices.

The health organizations involved in Civica now represent more than 1,200 hospitals in 46 states. Last October, Civica delivered its first drugs to a hospital in Utah and now manufactures and distributes several drugs.

With the new partnership with BCBS companies, Civica will go beyond just hospital medications. Specifically, the deal will create a subsidiary that will either make drugs or partner with manufacturers to offer more affordably priced generic versions of select drugs in exchange for aggregated, multi-year purchasing commitments.

The partners didn’t know which drugs they will select, but said they would focus first on those “determined to have great savings potential” and currently have little competition. They also encouraged others, including “other health plans, employers, retail partners, and healthcare innovators” to join their efforts.

In an interview with The New York Times, Civica CEO Dan Liljenquist said the new venture “will not solve all the world’s problems, but we do know that 90 percent of the regulations are generic, and there are certain parts of the the generic markets that do not function as competitive markets should. And we intend to compete in those markets.”

Civica and the BCBS companies are not the only ones looking to bypass the generic market. California Governor Gavin Newsom proposed earlier this month that the state could make its own brand of generic drugs to lower health care costs. sen. Elizabeth Warren (D-Mass.) and Rep. Jan Schakowsky (D-Ill.) have proposed a similar measure at the federal level.