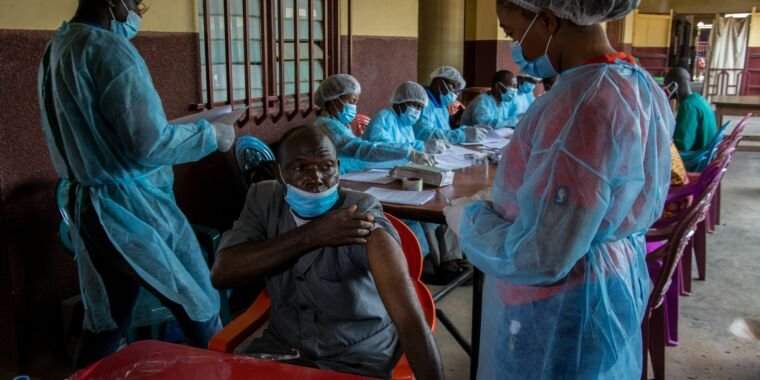 According to a new genetic analysis, the Ebola viruses behind a new outbreak in Guinea are astonishingly similar to viruses identified during the massive outbreak in West Africa that lasted from 2013 to 2016. The finding suggests that the virus may have been quietly present in a survivor for at least five years, and that the current outbreak was caused by that unlucky individual, rather than an overflow from an animal reservoir.

In the genetic analysis posted online Friday, a group of international researchers reports that Ebola viruses collected from the current outbreak in Guinea show only a dozen genetic differences from Ebola variants collected in the same area of ​​Guinea in 2014. Based on what researchers know about the rate at which Ebola accumulates such genetic substitutions — the rate of evolution — that the number of accumulated differences over that time span should have been more than 110, not 12.

“This number of replacements is far less than what would be expected during sustained human-to-human transmission,” the researchers write in their analysis. Instead, they note that such a slow evolution rate is “a hallmark of persistent infections.”

“Therefore, the 2021 Guinea cluster index case was likely infected from a persistent source, such as through sexual transmission of a [Ebola] survivor,” they conclude.

The Ebola virus is known to persist in some survivors, especially in areas where it may lie low on the immune system, such as the testicles or eyeballs. A 2016 study reported a resurgence of the virus in a survivor’s seminal fluid more than 500 days after initial infection.

Yet the span of more than five years”shockingfor many virologists and public health experts. And it raises some concerns for the many survivors of past outbreaks, some of whom may have had mild cases of Ebola without realizing it. In particular, many people known to have survived Ebola are being stigmatized, and the possibility of persisting for years is likely to increase that problem.

In the 2013-2016 outbreak in West Africa, more than 28,000 people became infected with the virus and more than 11,000 died. It is the largest Ebola outbreak in history. Most cases and deaths were in Guinea, Liberia and Sierra Leone. The outbreak started with a case reported in December 2013 in an 18-month-old boy; the boy is believed to have contracted the virus from bats.

The current outbreak, declared on Feb. 14, has sickened at least 18 people and killed nine. Vaccinations are now being used to prevent the spread of the virus.