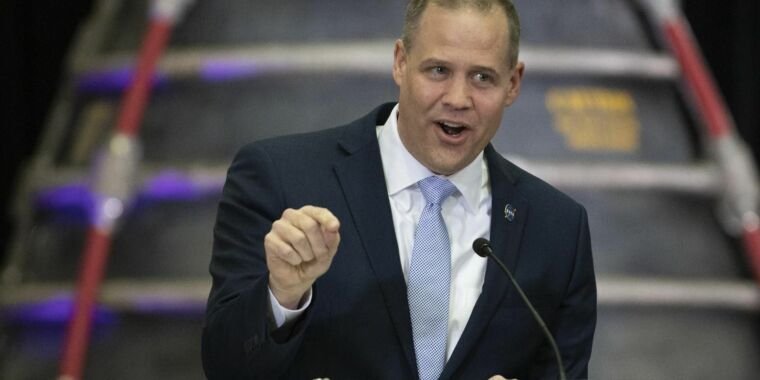 NASA appears to be making good progress in building international support for a plan to return humans to the moon by the 2020s.

On Tuesday, during the International Astronautical Foundation’s virtual meeting, the space agency signed “accords” with seven other countries that will set standards for cooperation between countries to explore the Moon, Mars and other destinations in the solar system.

Signing the Artemis Accords alongside the United States were Australia, Canada, Japan, Luxembourg, Italy, the United Kingdom, and the United Arab Emirates. In essence, partner countries agreed to 10 core standards as part of their space activities, such as operating transparently and disclosing scientific data.

“I want it to be very clear that this is the beginning,” NASA administrator Jim Bridenstine said during a conference call with reporters. “There are many other countries that are not only interested in the Artemis Accords, but would also like to sign them. But countries around the world have to go through their own interagency processes in order to sign the accords.”

NASA did well to get so many countries on board so quickly. NASA didn’t first publish the proposed language for these agreements until May. At the time, Mike Gold, the agency’s associate administrator who led these negotiations, told Ars that he hoped to have at least one signer by the end of this year. It is October and he has already found seven partners.

Bridenstine said the accords are based on the Outer Space Treaty, which is the foundation of international space law, and said the goal is to create a framework through which the agreements can be enforced. That is, if countries want to participate in a NASA-led program for human exploration in deep space, they must agree to do things like reduce orbital debris.

“If one of the participants chooses to ignore the guidance of the other participants, I think they may eventually be asked to leave the Artemis program,” he said. “But I would hope they come up with a better solution than that.”

NASA is still working on the details about which countries will participate and how in its plans to return humans to the moon as early as 2024. Some countries have already pledged hundreds of millions of dollars to support these initiatives. Japan has talked about delivering cargo to the moon with an upgraded version of its new H3 rocket, and Italy can build pressure vessels for habitats on the lunar surface. In return, their astronauts can get seats on future lunar missions.

One country that has publicly opposed joining the accords is Russia, a country with which NASA has partnered in space for nearly 50 years and on whom the United States relied until recently to get its astronauts to the International Space Station.

During Monday’s virtual meeting, the head of the Russian space company, Dmitry Rogozin, complained that the Artemis program is too “US-oriented”. This reflects his earlier criticism of the plan – unlike other members of the International Space Station partnership. “The most important thing here would be to base this program on the principles of international cooperation that we have all used to fly the ISS,” Rogozin said.

This appears to be what the United States is trying to do, but it’s not clear whether Russia would want to participate under any circumstances. Bridenstine left the door open, saying he has a “really strong relationship” with Rogozin and that there is a way for Russia to participate in the Lunar Gateway being built in orbit around the Moon, or in the landings. self. Discussions are underway.

However, NASA has not had direct negotiations with China as it has been banned by Congress and the Wolf amendment.

“NASA as an agency will always follow the law and the law currently prohibits us from involving China in bilateral activities,” Bridenstine said. “I will also say…that, look, if China’s behavior were to be changed in a way that Congress, Republicans and Democrats would come together and say, ‘We want to get China involved,’ NASA stands ready. this point point it’s just not in the cards.”