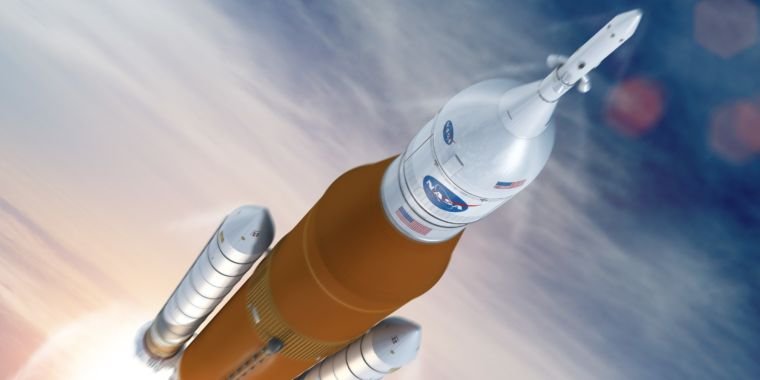 NASA has decided it must postpone the first flight of its Space Launch System rocket, currently scheduled for November 2018, to at least early 2019. This decision was widely anticipated due to several issues with the rocket, Orion spacecraft and ground launch systems . The delay was confirmed in a letter from a NASA official released Thursday by the US Government Accountability Office.

“We agree with the GAO that it is not in the best interest of the program to maintain a launch readiness date of November 2018, and we are in the process of setting a new target in 2019,” wrote William Gerstenmaier, head of of NASA’s manned space program. “Caution should be exercised when referring to the report on the specific technical issues, but the general conclusions are valid.”

The GAO report referenced by Gerstenmaier, NASA Human Space Exploration: Delay likely for first exploration missionreveals a litany of technical concerns, such as cracking problems in the core stage of the Space Launch System rocket, that have significantly reduced the “margin” in the available schedule to accommodate development delays.

The GAO strongly recommended that NASA publicly acknowledge the likelihood of a delay and give Congress a more reasonable launch date for Exploration Mission-1 (EM-1), the first full launch of the SLS rocket and Orion spacecraft. NASA would do this by Sept. 30, Gerstenmaier said. Delaying the first SLS launch further could be politically painful for NASA. Congress in 2010 instructed NASA to build the SLS rocket and wrote a law requiring a first test flight by the end of 2016. The agency can now miss that deadline by at least three years.

NASA’s position is complicated by several factors, most notably a request from the Trump administration to demonstrate some sort of manned flight near the end of the new president’s first term in 2020. Under NASA’s existing plan for EM-1, the agency attempted to launch the SLS rocket with an Orion unmanned vehicle (and unfinished life support systems) in late 2018. After that, the crew would go on the second launch of SLS (EM-1) in 2021 or later. 2) flying a finished version of Orion. However, the White House has asked NASA to look into adding crew to EM-1.

The space agency has been studying this possibility for the past few months, and the report on such missions should be made public in a few weeks. By making the decision to fly with crew on the first launch of SLS, the agency would not only take on additional risks in terms of crew safety, but also incur additional costs, perhaps totaling $1 billion or more.

After NASA releases this report, the White House and Congress will begin setting the agency’s budget for fiscal year 2018, which begins October 1 of this year. A new plan for the SLS rocket and Orion spacecraft will likely emerge from these negotiations. What we now know for sure is that any launch in 2017 is definitely off the table.