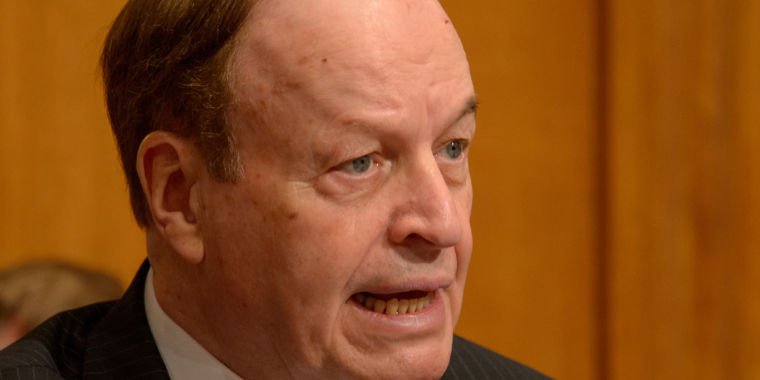 As part of the annual U.S. budget process, the NASA administrator meets with the appropriations subcommittees in the Senate and House to discuss the president’s budget request. NASA still has no administrator under the new president, so acting administrator Robert Lightfoot is doing the rounds. On Thursday morning, he met with the Senate subcommittee on commerce, justice, science and related agencies.

The agency had hoped to be operational by the end of 2017, but that is now likely to be early or mid-2019. Shelby asked about rising costs and delays. “What guarantee can you give this committee that there will be no more cost increases or delays?” Shelby said as she questioned Lightfoot. “Can you do that?”

To his credit, Lightfoot, a former Marshall executive, kindly corrected Shelby. “I think it’s a fixed price contract; I don’t expect any further cost increases,” he said. “However, there may be delays just because of the nature of what they’re trying to do and what we’re trying to achieve.”

The key phrase here is a “fixed price” contract. Unless it changes design requirements, NASA will no longer pay Boeing or SpaceX for commercial crew because the contracts are “fixed.” The companies therefore have a strong incentive to deliver a finished product as quickly as possible.

NASA, on the other hand, has a traditional cost-plus contract with Boeing to build the core stage of the Space Launch System rocket and with other historic contractors for the engines and solid rocket boosters. This means that if there is a delay, NASA will simply pay additional costs to the aerospace companies. And there are delays. When Congress wrote the NASA Authorization Act of 2010, it called for an “operational” rocket by the end of 2016. Now an uncrewed test flight launch of the SLS rocket has been delayed by at least three years to 2019. With a budget now annually is more than $2 billion, those delays have therefore cost NASA about $6 billion.

Nevertheless, Shelby argued Thursday that the SLS missile needs more money, not less, from the administration in the fiscal year 2018 budget. This aligns with his past beliefs, as Shelby is a strong supporter of the missile that being designed and tested in its home state at the Marshall Space Flight Center. For example, in fiscal year 2017, the Senate budget increased funding by $840 million for the SLS missile, a significant 60 percent increase over the president’s request.

The fact that both SpaceX and Blue Origin have made significant strides in cutting launch costs over the past year hasn’t changed his stance. At the beginning of the hearing, Senator Shelby disdained those who believe NASA should move to fixed-price contracts for space transportation, that is, buying rockets and spacecraft directly from commercial suppliers.

“There’s a growing sense that NASA needs to change the way it does business,” he said, “that it needs to become a buyer of commercial transportation services.” But that’s not Senator Shelby’s sentiment: “While risk is inherent in anything NASA decides to undertake, there is no substitute for proper analysis and reasonable precautions when the lives and resources of the nation are at stake.”

In other words, only NASA can do deep space.