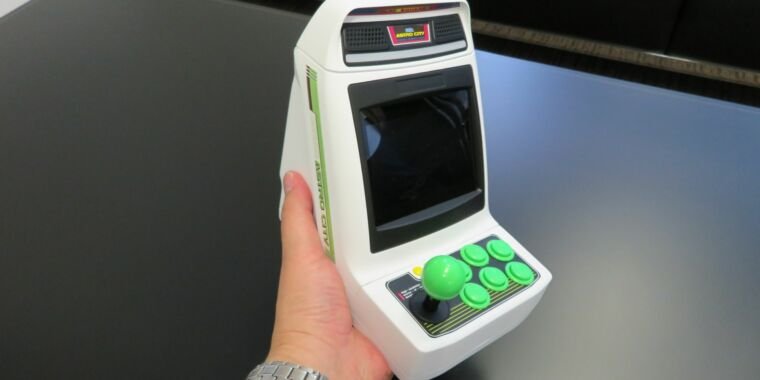 Following the release of the Genesis Mini and the recent announcement of the Game Gear Mini, Sega is showing no signs of slowing down its plans for miniature retro hardware releases. The company’s next entry into space is the newly announced Astro City Mini, a small arcade cabinet featuring 36 Sega arcade titles.

The Japanese site Game Watch was the first to post details about the cabinet overnight, but the story quickly came down (perhaps due to a timing miscommunication with Sega?). However, that didn’t stop other sites from capturing the pertinent details.

However, the joystick and six-button controls will reportedly be half the scale, for greater comfort. And that joystick will reportedly have an eight-way digital switch, which should be a huge improvement over the squishier analog joystick found on the 2018 Neo Geo Mini.

So far, Sega has announced 10 of the system’s 36 games, with more announcements planned over the summer:

The device takes micro USB power, supports HDMI output to a big screen TV and supports basic emulation functions such as save states. Connectable USB control pads (sold separately) allow up to three people to play on the same mini cabinet. Any plans for release outside of Japan have not yet been announced.

Sega’s Astro City was first released in Japanese arcades in 1993 and was a successor to the smaller Aero City cabinet from 1988. The extremely popular universal cabinet design, which works with a wide variety of interchangeable JAMMA arcade boards, has been retained to this day. can still be found today in the “retro” sections of many Japanese arcades,