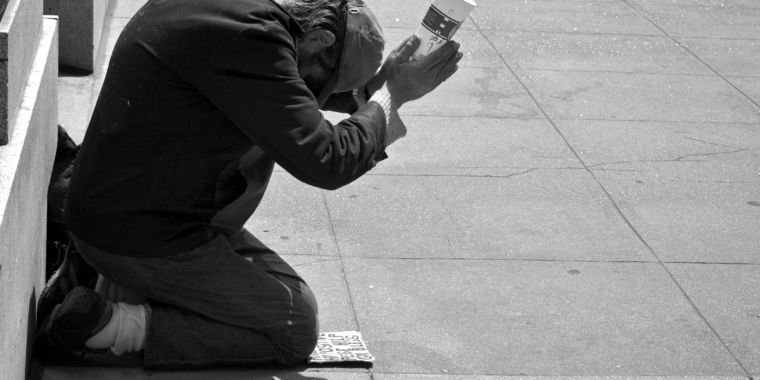 Wealth inequality has increased in recent decades as the gap between rich and poor has widened. There are a number of possible policy approaches to narrowing that gap, but they haven’t gained much support.

You might think that if rich people interact more regularly with poor people, it will humanize the impoverished people and inspire the rich to implement some kind of redistributive policy, such as extra taxes on the top one percent of incomes. However, a recent study published in PNAS by Melissa L. Sands shows the opposite: when randomly selected people were exposed to poor people in public spaces (such as the park or the subway), they became fewer probably to tax the extremely wealthy.

This study took place in affluent, predominantly white areas around Boston, including the Brookline, Back Bay, and Beacon Hill neighborhoods. In public spaces, the researcher planted a petitioner who was soliciting signatures for plastic bag reductions, or for a “millionaire tax,” which would raise taxes for people with incomes over a million dollars. Nearby, in the pedestrian public space, was an employee who was either instructed to present himself as a wealthy person waiting for a friend, or as an impoverished person resting in the public space.

This study was designed to identify the effects of seeing a person appearing poor on unsuspecting participants’ decisions to pass a wealth redistribution tax. It included the alternative petition as a control measure to account for people who did not want to interact with petition collectors on the street. It also included both wealthy and impoverished allies for both types of petitions. Finally, the study design included petitioners and affluent/poor allies of different races, as race and perceptions of poverty are known to be strongly linked in American society. The passers-by used as unwitting study participants were randomized to receive a combination of petitioner and confederate terms.

The author, Sands, used the number of signatures that emerged from each experimental condition to determine the effect of perceiving poverty on attitudes toward wealth redistribution. The number of signatures for the petition to reduce plastic bags was not affected by the presence of the ally. But the participants were significant fewer probably to pay the millionaire’s taxes in the presence of a “poor” person.

When these results were broken down by race, the data showed an even stronger and more surprising effect. Significantly fewer people signed the millionaire’s tax return in the presence of a “poor” white person than in the presence of a “wealthy” white person, but this finding was not true for black allies. The support of the millionaire tax participants was the same whether they encountered wealthy black allies or whether the same person looked poor.

Interestingly, when the effects of “affluent” black allies were compared to “affluent” white allies, participants were less likely to prefer the millionaires’ tax when faced with an “affluent” black person, although this result was not statistically significant . In fact, the author reported that this finding held true for the plastic bag petition as well, which may indicate that participants were less likely to stop for a petitioner of any kind if a black person was nearby. This finding may point directly to how implicit biases against certain racial groups can influence even the most subtle of human interactions.

Sands posits some plausible explanations for the findings of this study. She suggests that individuals may adjust their perception of their own wealth when confronted by someone who looks “poor.” This can lead them to identify too much with the millionaires who would be subject to wealth tax. The presence of a “poor” person can also reinforce participants’ belief that their own wealth is earned, and that if someone is poor, their poverty is similarly earned. This is known as the “just world belief” and is a common effect. seen in sociological studies.

Overall, this study provides insight into how people’s views of wealth and poverty may be influenced by the visual cues that surround them. It may be surprising to some that seeing a poor person does not elicit sympathetic feelings, but instead does the opposite. This finding leaves an important question: If meeting poor people isn’t an effective way to elicit sympathy and get people to support the poor, then what is? Perhaps future studies will provide more answers.