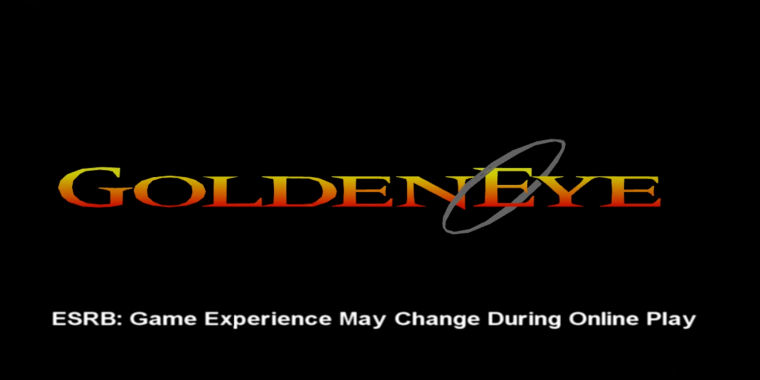 Serious legal wrangling has allowed the video game makers at Rare to re-release much older software they’ve made for other companies. That includes a ton of games created while the company was part of Nintendo’s “second party” family in the 90s. The exceptions have been held back due to legal approval issues and copyrighted characters, and none seem more legally thorny than the legendary Golden Eye 007. Companies like Nintendo, Activision and MGM all have legal claims over this movie game licensing mess.

Those legal troubles didn’t stop a team of Rare developers from remastering the 1997 N64 classic from the ground up and getting it ready for launch on the Xbox 360. The existence of this unreleased remake has been proven through leaked images and video clips over the years, but we’ve never seen anything quite like Tuesday’s mega-dump of information: a full 30 minutes Golden Eye 007 runs on debug Xbox 360 hardware.

The footage, captured and posted by game history site Rare Thief, features both campaign and multiplayer gameplay. This Xbox 360 version seems to retain most aspects of the original, including level design, mission structure, sound effects, and low-poly geometry. The “remastered” aspect mainly comes from completely redrawn textures and added graphical flair, such as nicer skyboxes and extra bits of geometry. The video shows an on-the-fly graphics switch that allows players to switch between N64 graphics and redrawn graphics at any time to really see the difference; this feature also appeared in both recent ones Halo game remasters. The other obvious improvement: a silky-smooth 60 frames per second visual refresh that far exceeds the original game’s 20 FPS in campaign mode (and even lower performance in split-screen).

Local multiplayer is also put to the test. In addition to working faster with updated images, it contains a few interesting adjustments. First, multiplayer offers more arenas, with new entrances based on zones from the campaign; as proof, Rare Thief’s player tests out a never-before-seen level based on the opening mission “Dam”. Additionally, Golden Eye features an unexpected fix for one of the game’s most lovable quirks: mismatched heights. If an option is enabled, the ultra-short character Oddjob and the hilariously long Jaws are displayed at the same height as James Bond. I get it – Oddjob was impossible to hit – but there’s something about a session that starts with a scream of “no Oddjobs!” that seems essential to the GoldenEye experience.

Rather than showing snippets of each level, Rare Thief’s visuals focus on full renditions of a few missions and three quick demos of multiplayer maps. Rare Thief’s footage also includes a short sequence showing off every weapon in the game in both its original and remastered views. That section reveals a strange glitch in which each weapon can be used double, even the sniper rifle. Other gameplay fragments contain a bug that makes characters invisible: their clothes float and move, but no bodies are visible. Between those bugs and some clunky-looking fonts, Golden Eye certainly doesn’t look right. The video doesn’t answer whether entire chunks of gameplay are missing or whether this is a mostly complete prototype.

In an interview with Ars, the founder of the Rare Thief site, Amir Abdollahi, did not reveal how he got the footage, other than that he recorded someone else playing the game. “I was just lucky enough to get the footage together to share with everyone,” he told Ars. He was also unable to conclusively answer how much Golden Eye is unfinished. Abdollahi’s site also features great footage from other unreleased Rare games, such as the original version of Conker’s Bad Fur Day.