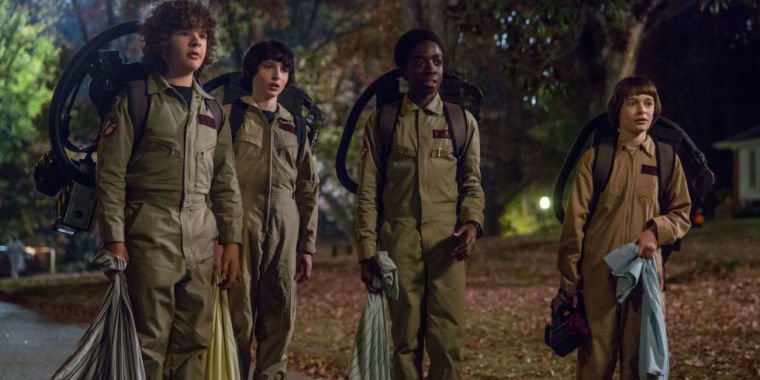 Excitement over Netflix retro horror series Weird stuff was on a fever pitch this weekend at Comic-con, especially after we saw the first trailer for Season 2. The series is set in the mid-1980s and begins a year after the events of the first season. The trailer promises that we will dive deep into the Upside Down mythos, which poses an even greater threat than before.

The gang of kids is back together, innocently playing video games, when Will begins to see visions of the Upside Down taking over the world. And you know what? It’s scary and looks great. I wasn’t that excited about a second season for this show – I thought last season’s ending was actually perfect and the new season should focus on a new horror story. But this trailer guarantees I’ll tune in.

Looks like we’ll be paying a lot of attention to Will’s post-Upside Down transformation. The scene of him in some sort of experimental facility is reminiscent of what we saw happen to Eleven last year. David Harbour, who plays Sheriff Hopper, said on Wired’s Facebook Live that his character has changed a lot in the past year. We’ll see flashbacks of his journey, Harbor said, and it has “a lot to do with the Eggos he brings to the forest.”

There are also small details that indicate that this season will make more connections between the Upside Down and the culture and politics of the 80s. There is a great bit where the kids experience what appears to be existential horror while dressed as the Ghostbusters. , in front of a lawn sign that reads ‘Reagan/Bush 1984’.

Political commentary or coincidence? You can judge it.

Weird stuff Season 2 is coming to Netflix October 27, just in time for a Halloween binge.