Scientists to EPA chief: You don’t know what you’re talking about | Techilink 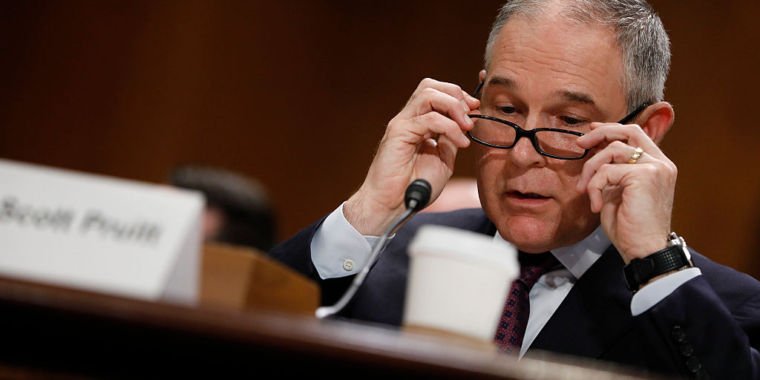 Last week, newly appointed EPA chief Scott Pruitt made some comments about climate change that clearly conflicted with a basic scientific understanding of climate. Since then, several groups of scientists have pointed out how wrong he was and have offered to help if he decides to face reality.

First, a reminder of what Pruitt said during a CNBC interview:

I think accurately measuring human activity on climate is a very challenging thing to do, and there is huge disagreement about the extent of the impact. So no, I don’t agree that it’s a primary contributor to the global warming that we’re seeing. But we don’t know that yet. We must continue the debate and continue the evaluation and analysis.

That claim is wrong on a number of levels, and several groups have not been shy about pointing out its flaws. The next day, the head of the American Geophysical Union, Eric Davidson, wrote a brief response. “Unlike [Pruitt’s] statement,” he wrote, “an impressive array of scientific societies and many academies of science, national governments and other organizations around the world have agreed on the scientific basis of climate change and the conclusion that human action is a primary driver.” He Pruitt referred to the AGU’s stance on climate change, calling for urgent action regarding humanity’s role in climate change.

Davidson also noted that the statement was developed by scientific experts and that the entire AGU membership has been given the opportunity to provide input. He also suggested that Pruitt contact the EPA’s sister agency, NASA, which details the scientific consensus behind human-induced climate change.

Keith Seitter, the executive director of the American Meteorological Society, also checked in, bluntly telling Pruitt, “In reality, the world’s seven billion people are causing the climate, and our emissions of carbon dioxide and other greenhouse gases are the main cause.” And it’s not just the AMS saying it; that finding “is based on multiple independent lines of evidence corroborated by thousands of independent scientists and numerous scientific institutions around the world.”

If Pruitt isn’t clear on this, the AMS also has a position statement on climate change that covers the ground in more detail. Seitter also clearly outlines the difference between science and policy issues while making it clear that policy differences are no excuse for distorting science:

We understand and accept that individuals and institutions, both public and private, may reach different conclusions about the decisions and actions to take in the face of this reality. That is the nature of the political process in a democratic society. But a mischaracterization of science is not the best starting point for constructive dialogue.

But the most detailed response comes from a group of 30 individual scientists, 28 of whom are active in climate research. They’re about as blunt as AMS’s Seitter, saying that climate change is a matter of fundamental physics: “Just as there’s no escaping gravity when you step off a cliff, there’s no escaping the warming that follows when we add extra add carbon.” carbon dioxide and other greenhouse gases to the atmosphere.”

The letter also notes that the science is nowhere near as questionable as Pruitt suggested: “[Your] statement is incorrect. In fact, we know with an exceptionally high degree of confidence that most of the warming of the climate over at least the last six decades has been caused by rising levels of carbon dioxide and other greenhouse gases in the atmosphere due to the burning of fossil fuels and other human activities.”

While it’s normal for scientists to disagree on specific details (and climate science is no exception), this shouldn’t be a sign that the overall picture is questionable.

Ultimately, the letter argues, our understanding of what is happening is simply a reflection of what the natural world is telling us. The letter notes that glaciers and Arctic sea ice are shrinking, sea levels are rising, growing seasons are shifting, and plants and animals are shifting their habitats. Those changes are driven by climate, and the only viable scientific explanation for climate change is humanity.

In summary, the letters state that Pruitt’s statement was false on multiple levels. We can measure humanity’s impact on the climate, and there isn’t much reasonable scientific controversy about it or the results, which clearly show humanity’s impact. Continuing the analysis is obviously critical, but there is not much point in continuing debates that, by reasonable standards of evidence, should have ended years ago.

The two organizations that have sent letters have both offered to help Pruitt understand the state of the art in this area. As head of the EPA, it would be appropriate for him to take up this offer.