Scientists on New Supernova: WTF Did We Watch? | Techilink 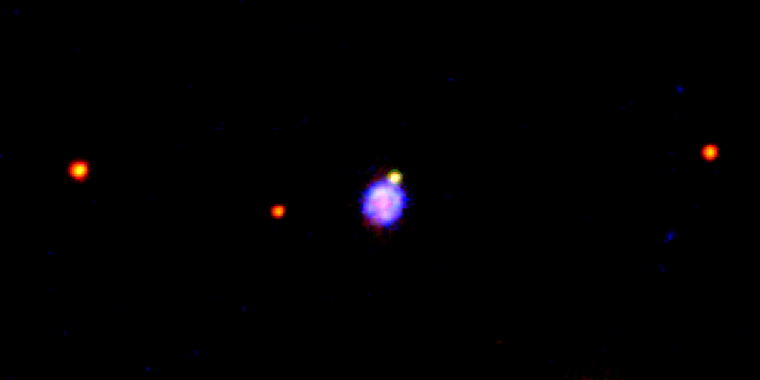 A supernova may be one of the most extraordinary events in the universe, but the universe is a very big place and the extraordinary happens with great regularity. We have now observed a large number of these events and have managed to break them down into categories based on patterns in the light they produce. Astrophysicists have built models of exploding stars that explain these properties by matching them to the mass of the original star and the process by which it exploded. We are at the point where, after just a few observations, we can understand exactly what we are looking at.

Except when we can’t.

Today Nature, a team of researchers announces sightings of a supernova that simply cannot explain it. In some ways, the event resembles a prosaic stellar explosion. Except it’s stayed bright more than six times longer than it should and has gone through five periods of increased brightness that we can’t explain. Several features of the supernova seem to arise from physically different locations in space. And even the best model for what caused this — something involving some kind of explosion that we haven’t seen conclusively before — doesn’t explain all the observations.

This whole tangled mess started off pretty mundane in late 2014. A project called the Intermediate Palomar Transient Factory uses an automated telescope to repeatedly scan the sky, comparing each new image to previous images of the same location so it can identify instances where something has changed (meaning there is a transient event been). It’s a great way to identify supernovae because they result in a dramatic brightening of the star exploding.

In September 2014, the survey covered a portion of the sky it hadn’t imaged in 100 days, and it found a telling clear-up. In January, follow-up observations of the event (called iPTF14hls) showed that its brightness was similar to that seen in the initial discovery and dominated by hydrogen emissions. This led to its classification as a Type IIp supernova. The steady production of light from a Type-IIp, typically lasting 100 days, is caused by ionized hydrogen cooling enough to recombine with electrons, emitting light at a specific wavelength in the process. The critical temperature is usually reached at a certain distance from the explosion site, meaning a steady stream of debris passes through this point keeping things lit for 100 days.

However, it soon became clear that this was not what happened with iPTF14hls, which continued to perform well beyond the 100 days mark. By the time a general dimming became apparent, it was 600 days after the supernova was first spotted. Of course, that’s hard to explain by a steady stream of debris spreading and cooling.

The other problem here is that there is no sign of an actual debris flow. Clearly, material that moves far enough from the site of the explosion to later cool down moves more slowly than the material that manages that process quickly. As such, the speed of the material emitting light should decrease over time. (Another way to look at this is that if the fast-moving material stops emitting light, it shows us the slower-moving material below.) iPTF14hls refuses to work with this again, as there are few signs of slower-moving materials in the rubble. For the entire 600 days, hydrogen-rich material only appears to slow down by 25 percent; iron rich material does not slow down at all.

To complicate matters, the follow-up observations identified five points where the supernova brightened by as much as 50 percent. Typically, these post-explosion clearings occur when specific isotopes created in the supernova undergo radioactive decay. The peaks occur around the first half-life of that isotope. The 100-day uncertainty about when the explosion actually happened means there are several candidates that could explain some of the spikes in brightness. The problem is that there is no sign of any of these elements in the rubble. So we don’t know how these peaks are generated.

All of this is quite confusing to say the least. The only clue the researchers have to explain iPTF14hls comes from their estimates of where the material is located. Just looking at the glowing debris with a broad spectrum gives you one value for the distance to the explosion site. However, when you look at the crisp lines produced by specific elements, you get double the value. This implies that more than one shell of debris is involved in producing some of the phenomena observed here. Essentially, it looks like the star exploded twice.

How on earth does that work? When describing the fate of stars, we will usually say that large stars explode and leave a neutron star, while really large stars explode and leave a black hole. That, it turns out, is a simplification. Very, very large stars — objects with more than 130 times the mass of the sun — explode in a way that leaves nothing behind. That’s because the reactions at their core eventually produce so many high-energy photons that some will spontaneously convert to matter. Removing that energy relieves some of the pressure that keeps the star’s core from collapsing. The change is so sudden that it triggers a massive fusion explosion that blows the star to pieces.

Explosions that form black holes peak at about 100 solar masses; complete annihilation supernovae begin at about 130 solar masses. What happens in between? The same spontaneous conversion to matter takes place in the core of the stars, but at somewhat lower levels, so that the core collapses more slowly. This gives time for a specific fusion reaction (oxygen-oxygen fusion), creating a sudden outward pulse of energy. This pulse ejects massive amounts of material — about 10 solar masses — but leaves the star’s core intact. The process can repeat itself until the star has lost enough mass to undergo a supernova that forms a black hole.

We haven’t definitively identified any of these things (called a pulsation pair instability supernova), but there are a number of candidates, including the Great Eruption of η Carinae in the 1840s. But such an outburst would create a second ball of debris in the bringing space before the last supernova debris. And photographic records indicate that there was a passing event at this general location in 1954.

If the star that produced iPTF14hls had a similar outburst shortly before its last supernova, that could explain some of the observations. But certainly not all. For example, the earlier outbursts are expected to eject most of the star’s remaining hydrogen, but there was clearly plenty of that left in the supernova. In addition, it cannot explain how the debris from iPTF14hls seems to have maintained a constant velocity for more than a year and a half.

So clearly there is still a lot to do to understand iPTF14hls. If there is other debris, we should eventually be able to observe the material ejected from the last supernova interacting with it (I would expect the authors of the Nature paper grew frustrated in anticipation of such a thing). There is also a very real possibility that iPTF14hls will give us yet another curveball, upsetting our models again.