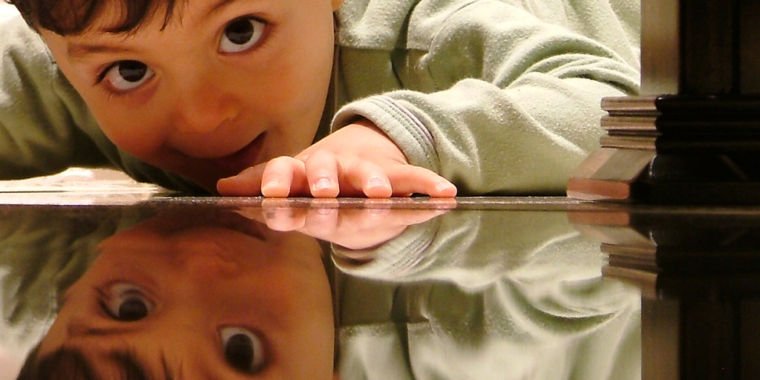 In the US, the science of climate change is one of the subjects where public opinion is generally determined by which political wing someone identifies with. Of course, people are a varied bunch, and this dividing line is not without exceptions – some conservatives accept the conclusions of climate science, and some liberals reject them. If you’re an optimistic person, you might hope that this shows that we can potentially overcome these political barriers and move towards a shared reality together.

A common response is the expectation that people who are not convinced that climate change is real are simply unaware of the extensive evidence and research. But this idea ignores the source of the division in public opinion. Humans are exceptionally talented at selectively noting and crediting information that strengthens their position, while discarding the rest. When this defense system is fully operational, information is largely cannon fodder.

It gets even worse when you consider whether people who are generally knowledgeable about science or good with numbers will buck this trend. Research has shown that those who should be best equipped to recognize what the science says actually are the most polarized about climate change. It seems that we are simply putting our cognitive skills to work to run a stronger immune system.

Yale’s Dan Kahan and his colleagues call this behavior “cultural cognition.” Their hypothesis is that opinions on certain topics are markers of group identity – and feeling united with friends, family and tribe is more important than having scientifically correct opinions. Overall, this research has found that every plausibly beneficial intellectual trait you can think of — including deliberative reasoning, basic climate science knowledge, and measures of open-mindedness — appears to increase rather than decrease polarization. But recent work has uncovered a glimmer of hope.

The work began with a study to help makers of educational science films appeal to a wider audience. In their first study, researchers found something peculiar about the people most interested in watching science programs: They were less polarized about climate change.

Along with a follow-up survey, the filmmakers surveyed 5,500 people. A trait called “scientific curiosity” was measured with hidden questions in a “marketing survey” on various topics that asked about things like reading and viewing preferences. People in the studies were then presented with a series of web articles arranged by topic – science, sports, entertainment news or financial news – and given a random article to read on the topic of their choice.

They also chose a program to watch, with the option to turn it off earlier or find out how to watch the rest when they got home. The earlier questions did a pretty good job of predicting who would choose to watch a science program and how much they would watch. So ‘scientific curiosity’ here is a measure of how interested someone is in viewing scientific content.

The same people answered questions about concerns about climate change and the environmental risks of oil and gas fracking, as well as some questions assessing basic scientific knowledge. Actually, the conservative and liberal subjects who scored highest in science knowledge were furthest apart on climate change and fracking. Liberals became more concerned as science knowledge scores increased, but conservatives tended towards it lower care. But scientific curiosity showed a different pattern: Conservatives were less concerned than liberals across the board, but the gap between them was almost constant. Both liberals and conservatives became slightly more concerned as scientific curiosity scores increased in this case.

So what’s going on here? The researchers hypothesized that the “science-curious” were more likely to engage with information that contradicted their beliefs, because hey, they’re curious. To test this, they conducted an experiment where people looked at a few headlines and asked to choose the most interesting article.

In each pair of headlines, one was meant to appeal to those who reject climate change — something like “ice increasing in Antarctica” — while the other described a finding consistent with human-induced climate change. There were also two versions of each headline: one describing the finding as novel and surprising and another describing it as “even more evidence.” an unsurprising finding that supported their view.

The authors stress that this is just the beginning of what would be a satisfying understanding of these trends. More experiments could confirm the conclusions drawn here and fill in some of the surrounding gaps, such as how science-curious people balance their interest in new information with their cultural identity and how easily they will change their minds.

But even now, the researchers see two tantalizing, obvious implications for the real world. First, is there anything else we can do to encourage people to develop this curiosity? And for the science-curious folks out there, what’s the best way to publicly communicate controversial science that sparks curiosity about cultural triggers? (Please, no “this one weird fact” headlines…) An often-divided world is eager to know.