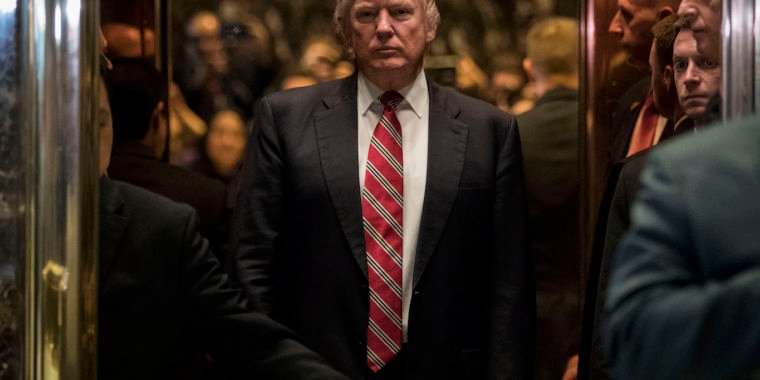 Every day there seems to be more bad news for science in the US. Websites are disappearing, funding is being cut off and scientists are being denied the opportunity to address the public. But every time something terrible happens, we only have to wait a few days for half of these ideas to be changed or completely withdrawn. It can be hard to say what’s going on and what that means for the future of science in the world’s largest producer of the stuff.

The fact is, it’s perfectly reasonable to expect some approaches to communicating with the public to change with a change in administration. It’s also not unreasonable to limit communication until the new people can establish policies and determine how to communicate.

At the same time, Trump’s transition team appears to be unusually chaotic. Questionable policies have been rejected in a surprising number of cases after senior officials were installed. And some of the things left in place are clearly problematic.

In the next piece, we’ll try to go through some examples and identify cases worth following carefully, and we’ll analyze what this tells us about President Trump’s future science policy.

One of the first items to spark outrage was the disappearance of the White House’s climate change pages (archived here). But that’s to be expected. An administration’s White House pages should reflect its policy interests, and Trump couldn’t have been clearer that he didn’t view climate change as a priority.

Likewise, we shouldn’t be surprised that Trump’s energy policy page only mentions fossil fuels. While this is a questionable policy – especially when considering the amount of job growth renewable energy has generated – it’s appropriate that the pages represent the administration’s policies.

Twitter accounts have also been restricted. The National Park Service is responsible for the Mall in DC and therefore the events (such as the inauguration) that take place on it. Would it be appropriate to tweet a photo from the event? Absolute. Is retweeting someone else’s photo comparison showing that this year’s event was poorly attended? That clearly sends a signal that is at odds with the administration that now runs the National Park Service. Pulling that image is not unreasonable.

(NB: This is not to say that Trump’s reported reaction to the photo comparison was appropriate or even sane.)

But the kerfuffle around Badlands National Park’s Twitter account is murkier. A number of tweets from the park about climate change have been removed. This could be seen as an attempt to undermine the incoming Trump administration, but a look back at the account’s history reveals a stable current of tweets On climate change, not all of them directly related to the park in question. Considering that deleting some tweets with scientifically valid information just because they attracted attention smacks of censorship.

Other possible actions clearly fall under problematic censorship. Last week, sources indicated that Trump’s EPA transition team was considering removing the climate change section from the EPA website. This would lead to a loss of public access to government data. For example, the EPA merges government and third-party data to create a set of climate indicators to help track the progress of our climate warming. Presumably that set of indicators would also disappear – certainly the most prominent link to it would be eliminated.

But climate change isn’t just a policy issue for the EPA. It’s a legal issue. The Supreme Court has ruled that the Clean Air Act requires the EPA to assess whether greenhouse gases are pollutants. After reviewing the scientific evidence on climate change, the EPA determined that this was the case. That decision has since been confirmed in court. As a result, the EPA is legally obligated to address climate change.

That legal requirement is unlikely to change during the Trump administration, as the science is such that it would be nearly impossible to revisit the hazard finding in a way that would stand up to legal scrutiny. No doubt Trump’s EPA will develop policies that don’t effectively address climate change, but that doesn’t change the EPA’s overall legal position. As such, removing these pages would negate the basis of the laws that the EPA is supposed to govern. That may be why the original plan appears to have been scrapped.

Not every climate change problem is a direct result of the administration’s actions. For example, the cancellation of a conference on climate change and health co-sponsored by the Centers for Disease Control was not canceled due to a decision within the CDC. Instead, the nongovernmental partners grew nervous that the CDC would back down at an inconvenient time in the future.

Still, a pattern of censorship of inconvenient facts appears to be a possibility at several other agencies. The Department of Agriculture’s Agricultural Research Service has banned “all public documents”, including “press releases, photographs, factsheets, news feeds and social media content”. However, once the policy leaked, it was quickly withdrawn.

A similar ban appears to have been introduced at the EPA, but there are two key differences. The ban is much more comprehensive and apparently includes scientific publications and all interactions with the public that could be considered ‘controversial’. The second difference is that even after the policy was made public it remained in effect, its duration was unspecified.

According to the AP report, former EPA officials say this kind of censorship has no precedent in the organization. But a spokesman for the president’s EPA transition team told NPR, “We’ll see what happens so that the vote that comes out of the EPA will reflect the new administration.” Since the scientific conclusions of the EPA (along with everyone else’s) do not reflect the positions of the new administration, it is not clear how this can be resolved.

The transition team also froze EPA grants at the same time. If left in place long enough, it could derail cleanup projects or disrupt scientific research.

The evidence is pretty clear: the transition team’s policies are problematic and unprecedented. So much so that at least some Trump administration officials have backed away from them as soon as they became the subject of news stories.

Some degree of message control can be expected from any administration, and some examples that have become widely known are well within the scope of a normal transition. But not others. They include attempts to stifle valid scientific information and prevent scientists from communicating further results to the public.

One possible explanation for this is that the incoming administration, largely staffed by people with little previous executive branch experience, is simply in over its head and unable to recognize the difference. This would be consistent with past events such as the effort to have the Department of Energy name all climate scientists; the request was denied, then withdrawn, and later rejected by Trump’s choice to head the DOE.

But it is notable that the problematic actions have remained in place longest at the EPA, an agency often targeted by Trump and the people he has named in his transition and administration. And the repeated pattern of aggressive moves followed by retreats suggests a widespread strategy of testing the waters to see what restrictions will be tolerated. Until the transition is over and we see what policies are left, it’s impossible to say which explanation – chaos or cynicism – better fits the pattern.