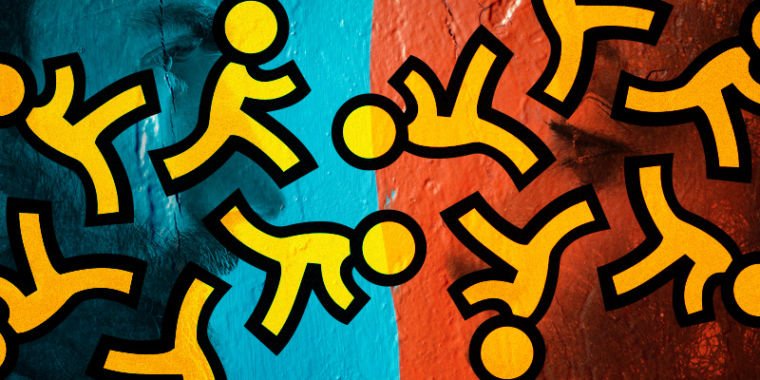 A lot of people remember specific, weird things about September 11, 2001. For me, it was a headline about stamps hidden in the chaos.

As I began to absorb the horrors of the day through TV and online news sources that Tuesday morning, I noticed an odd inflection point in the Washington Post’s list of “Top News” links. While the first three stories made headlines about the terrorist attacks, I clearly remember the fourth being a news story about the threat of a stamp raising, the last trivial story published before all other news was put aside indefinitely. pushed.

I wanted to quickly share this light-hearted observation with my circle of friends, and in 2001 I only had one easy, surefire way to do it online. I brought up AOL Instant Messenger, opened the menu and chose “Edit Profile”. That’s where I shared links to the Post’s four best stories at the time and warned my friends not to miss the important post news among the other things going on (I also added a semi-apologetic comment that I hoped the light-hearted joke would be a welcome distraction on such a dark day).

Looking back now, I realize that the AIM profile was my first ephemeral blog. Back in college in the years before ubiquitous mobile text messaging and social media profiles, AIM’s Away Messages, and profile pages became a proto-social network for me and a group of peers looking for ways to easily keep an eye on each other. to keep. Friday’s announcement that AIM would finally be shutting down after 20 years got me thinking about how we used it to share our status updates, years before the online world would be dominated by Twitter, Facebook and the constant news feed.

Nice to meet you, what’s your screen name?

My family got our first AOL account in 1996 when I was a freshman in high school. I don’t recall using instant messaging much at the time, apart from the occasional meeting with colleagues working on my Super Mario Bros. fan site. My high school friends were drawn to ICQ and the school’s Unix cluster to type messages to each other via dial-up modems.

But when I started college in late 2000, everyone I met seemed to have an AOL screen name, which didn’t require a paid AOL account at the time. Sharing that screen name became more common than sharing a phone number when meeting someone new, and AIM quickly became the standard way to talk to people when you didn’t want to pick up the phone (which for me most of the time).

It’s hard to remember now how liberating it was to be able to communicate directly without the formality of a real phone call. Having multiple conversations at once, multitasking between chatting and “web browsing,” and pausing long enough to formulate thoughtful responses (but not so long that the recipient started to worry) were all brave new frontiers in communication through a much-too-distant future. heavy CRT monitor.

Using AIM also meant mastering the etiquette of the Out of Office message. In the days before we were all connected to a device with the internet 24/7, we used Away Messages to let others know we couldn’t respond to an instant message, while still leaving the computer online to receive messages to be viewed later .

Users with Away Messages appeared on AIM’s “Buddy List” with a small yellow sticky note next to their screen name, indicating that they were online but not really around. If you message someone with an out-of-office message in the air, you’ll get an immediate response informing you. You can also set an Away message to automatically go up if your computer has been inactive for too long, in case you left the computer without thinking.

Out of office messages can be adapted to the situation and saved for later use. Much of the early use of the Out of Office message in my group of friends was purely functional: “Away in the classroom,” or “I’m sleeping,” or “I’m hanging in the hallway, join me!” Soon, people started using their out of office messages as a form of creative self-expression. “Sleeping in the sleep of the righteous (just exhausted)” was a favorite, as was “Hello, hello, I’m going to class.” People would also throw up song lyrics, poem quotes, or complete non-sequiturs in lieu of factual information about their whereabouts. I’m sure I had a few Space Ghost: Coast to Coast Out of office messages that confused a lot of my friends.

However, if you really wanted to get creative with your online persona, you had to dive into your AIM profile. Here you could post text and links that were slightly more permanent than an Away message and were available when the account was online (which it more or less always was, thanks to the brave new world of the campus broadband network). However, seeing a user’s profile took a little more effort than seeing an Away message; you had to right click on the username and choose “View Profile” to open them one by one (this menu option also allows you to view the details of an Away Message without having to send an actual message).

While some people kept their profile raw for years, many used it as a Twitter-like diary. One of my friends kept a constantly updated “Thought of the Day” with one-liners picked from overheard quotes and remembered readings. Some used it to post shout-outs to best friends or cast passive-aggressive shadows at an unnamed member of the group (but you knew who they were talking about). I often used the space to link to recent photos taken with my first digital camera or game reviews and stories I had published in the student newspaper. Overuse of fancy fonts, colors, and emoticons turned many AIM profiles into graphic design crimes.

For much of college, the first thing I would do when I sat down at the computer was search my AIM friends list and check out the profiles and Away Messages to see what was new in everyone. Browsing profile pages became an easy way to procrastinate when writing a boring article late at night, foreshadowing the compulsion to scan Twitter to distract from any boredom (although there was no easy way to quickly find out which AIM profiles were updated, which means re-reading a lot of “old” updates).

Long before Facebook stalking was a thing, “profile stalking” became slang in my friend group for any Instant Messenger contact you didn’t talk to, but checked through the “View Profile” menu. My parents ended up using my frequent profile updates as a sign that I was still alive after I hadn’t bothered to call home for a few days. At least one of my dorm roommates set up a second AIM account just for his friends after his parents started asking him about the risqué content he shared on his profile.

The most striking thing about the profile page, however, was how ephemeral it all was. With limited space to work with, posting something new to your profile usually meant removing something old (there was even a brief trend of people using “SubProfile” software to slightly expand their profile posting space). AOL Instant Messenger also didn’t have a built-in way to store old profiles. Like Snapchat images, old profiles weren’t meant to be nurtured and archived online, but to be thrown into the digital abyss after a while. Today, people who use automated tools to delete old tweets know that this design had some advantages.

It seems strange now, in a world where the US president is broadcasting all his thoughts to millions via social media. After I graduated, tools like Facebook and Twitter quickly replaced the features that used to be filled with AIM profile stalking, and programs like Google Chat and SMS replaced the instant communication part (especially as more cell phone providers started offering unlimited SMS plans). Although I still have my AIM account online and connected through Trillian, very few people use it to contact me these days.

But looking back years later, it’s funny to think that AOL almost certainly didn’t intend to use Instant Messenger the way I and my friends used it. As the name implies, the program was created as a way for users to send short, “instant” text messages to each other. That was helpful, of course, but it was the secondary features—the Away Messages and Profiles—that made AIM evolve into much more for a group of early 2000s schoolchildren who were first learning to use an always-on Internet connection.

As the world says goodbye to AIM in the coming months, I’ll remember it for my first foray into how the Internet could enable asynchronous self-expression and personal broadcasting amid a tight-knit social group.