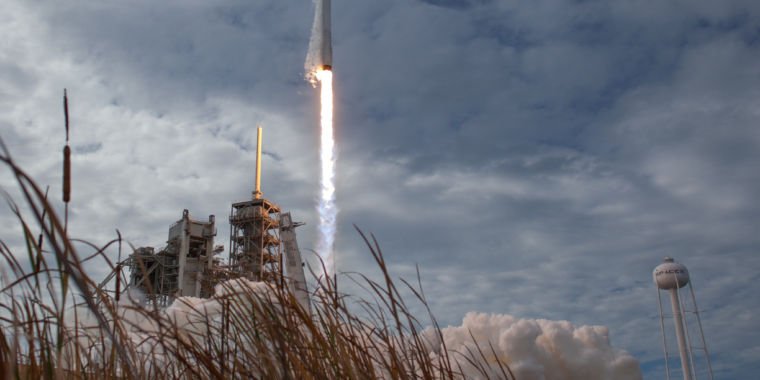 The reuse of a Dragon spacecraft made the most headlines after Saturday’s SpaceX launch of its Falcon 9 rocket on a resupply flight to the International Space Station. But this particular dragon made history in a different way: by bringing a Chinese science experiment to the station for the first time. Space cooperation between the US and China has been a taboo until now.

The experiment will study the effects of space radiation on DNA, specifically the rate at which DNA mutates in the space environment, which could have implications for long-duration human spaceflight. Led by Deng Yulin of the Beijing Institute of Technology, the experiment will last about 30 days on the space station before returning to Earth aboard the Dragon spacecraft.

Deng’s team paid about $200,000 to US company NanoRacks for delivery to the station, storage in the company’s racks, and data collection from the experiment. While China plays a small role in the Alpha Magnetic Spectrometer, a major physics experiment outside the station, this is the first China-led study on the US side of the station.

That’s important, since Congress has banned NASA from working directly with China since 2011, when then-US Representative Frank Wolf added a ban to NASA’s budget. He feared that the Chinese government would steal American spaceflight secrets and was concerned about the country’s human rights record. Chinese researcher Deng is reportedly not affiliated with the country’s ruling communist party and usually publishes his research in Western journals. It is also expected that this research will be shared with the global scientific community.

“You can put as much political significance on this as you like, but to us, this is just a customer,” said Jeff Manber, the CEO of NanoRacks, which has become the leading commercial provider of access to space research capabilities. station. “We believe A commercial path provides an opportunity for dialogue without the need for symbolism.”

The Chinese experiment has received some attention in that country’s media, but it received no promotion from NASA or SpaceX leading up to Saturday’s launch. That’s partly because, while key members of Congress approved of the commercial opportunity, the space agency didn’t want to politicize the gesture.

A concession to Congress was that NanoRacks had to ensure that the experiment would not allow any transfer of technology between NASA and China. The experiment will remain within the NanoRacks platform on the station and is designed so that it will not interact in any way with the station’s information technology systems. This extra step was made to address any Congressional concerns about technology transfer and the introduction of computer viruses to the station.

In recent years, key NASA officials have expressed a desire to work more openly with China as the space program makes significant advances in launch technology and has an ambitious program to explore the moon. “It won’t happen under my supervision, but a future NASA administrator will sit down and have a conversation with his or her Chinese counterpart,” NASA Administrator Charles Bolden said before leaving as the agency’s administrator earlier this year.

Given the optimistic view of involvement with China, the country is seen as a wealthy partner that could not only contribute ideas for a manned spaceflight program, but also a sustainable source of funding. Furthermore, just as space travel has stabilized the bond between the United States and Russia in recent years, a partnership between the United States and China in space could ease geopolitical tensions on Earth. But critics, not just those in Congress, worry that a joint program would give NASA too much information and get little in return.