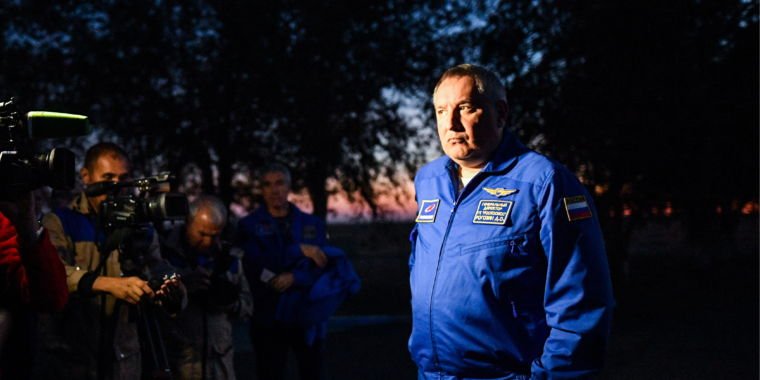 Dmitry Rogozin is not having the best year. Previously, he was essentially demoted from his position as Deputy Prime Minister for Defense and Space to a position as manager of Roscosmos, the Russian space company. And since then, he has faced a number of embarrassing spaceflight problems, including a wandering borehole in a Soyuz spacecraft and an emergency landing of another spacecraft after a rocket exploded mid-flight.

But Rogozin is nothing but a fighter, and he now appears to be taking steps to address the deteriorating situation in Roscosmos – and the Russian space companies that build rockets and spacecraft for the country.

The Kommersant newspaper received a copy of a directive that Rogozin has issued to the leaders of companies and facilities serving Roscosmos. The aim of the letter, the paper reports, is to help the companies eradicate “poor production culture and negligent attitudes by staff to their jobs.” (This article was translated for Ars by Robinson Mitchell, a former Air Force cryptologic analyst in the air.)

Most analysts attribute the agency’s recent problems to the relatively low wages Russia pays in its aerospace industry and the difficulties this has caused in attracting and retaining qualified personnel, resulting in quality control issues. As a result, the long-reliable Russian missiles and spacecraft have become less and less reliable.

No money for cleaning up

However, in his letter, Rogozin states that some of these problems are caused by poorly maintained facilities. “The site has not been cleaned for years – in many places construction waste and roads have been torn up,” his letter said. “Employees at such companies have become accustomed to normal conditions, and this creates a habit of poor production culture and sloppy work attitudes.”

There’s a rather intriguing line in the story about the fact that, during some of his visits to space facilities, “Rogozin was distracted from his planned routes along corporate facades.” According to the newspaper, there are holes in walls and wooden roofs, with buckets on tables and floors to catch water leaks.

Rogozin says such conditions make working in the aerospace industry undesirable. According to the letter, young people who visit companies as future employees will only work there if they cannot find a job anywhere else.

The directive is silent on the issue of providing higher wages to those future workers. However, it does tell managers that Roscosmos will not pay extra money for cleanup. Claims that there are insufficient financial resources to maintain clean and waste-free facilities “cannot justify such a course of action,” the letter states. Moreover: “With the support of the entire staff, it is always possible to tidy up facilities and grounds.”