Russian sites are calling HIV a myth, a Western conspiracy – an epidemic is now exploding | Techilink 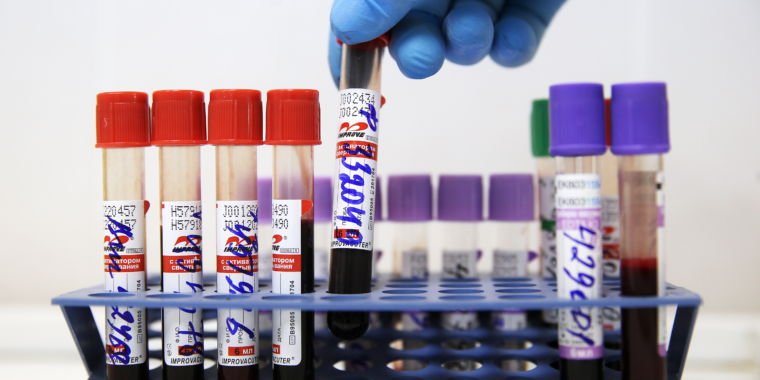 An explosive epidemic of HIV/AIDS has gripped Russia in recent years, in part with the power of anti-Western conspiracy theories online promoting the idea that the virus is just a myth.

Online groups, forums and chat rooms have recently sprung up repeatedly to spread the denial of HIV and AIDS — often with thousands of members, according to a new report from the AFP. One group called the virus “the greatest myth of the 20th century,” while calling HIV drugs “poison” and doctors “killers” who worked to enrich drug companies. They coached believers on how to refuse treatment. Others have argued that the “myth” of AIDS is to take “total control” of the world’s population.

Meanwhile, Russia has seen a strong and consistent increase in new HIV cases over the past decade, while the rest of the world has seen a decline. Since 2006, the number of new cases in Russia has risen by at least 149 percent and is steadily increasing at a rate of 10 to 15 percent per year. More than 900,000 Russians are now living with HIV, with 10 new cases every hour. About 80 people die every day from AIDS-related problems.

Less than half of Russians with HIV are currently being treated for the infection, according to the AFP. While it’s unclear what percentage of that is caused by the dangerous messages on the internet and elsewhere, a string of recent child deaths has enraged health experts and doctors there.

“It is unacceptable in our time for children to die when a range of treatments are available,” Alexey Yakovlev, a leading physician at St Petersburg’s Botkin Hospital, told AFP. In August, a 10-year-old girl died in hospital after her religious family repeatedly refused to treat her.

Two weeks ago, a regional court in Perm, Western Siberia, sentenced a mother to 18 months of house arrest for ignoring her doctors’ pleas and withholding treatment for her son, who died at age eight, according to The independent.

The house arrest was the first sentence of its kind there, but did not reassure health experts.

“What is 18 months of house arrest anyway?” Kirill Vorobyev, told an infectious disease doctor The independent. “That’s a very lenient sentence for murder.”

Meanwhile, a trial is still pending in the Siberian city of Tyumen over the death of a two-year-old girl who was denied treatment by her HIV-denying parents.

Part of the reason the HIV myth is catching on in Russia is due to “the Russians’ love of conspiracy theories,” Yelena Dolzhenko — who works at the Moscow-based AIDS prevention center, the SPID.Tsentr foundation — told me. to the AFP. Dolzhenko said anti-Western rhetoric on television and online has also contributed to the spread of conspiracy theories. HIV is still seen as a disease of “drugs” and “American gays,” she added, despite half of new cases coming from heterosexual contact.

Russia’s underfunded health system, drug shortages and strict health campaigns based on “family values” are not helping, she and others noted.

Yekaterina Zinger, director of the Svecha Foundation in St. Petersburg, blamed the lack of resources for doctors to consult and properly inform infected patients. “People don’t get enough information and start to think someone is hiding something from them,” Zinger said.

Dolzhenko said official Russian government campaigns promote protection by “only being intimate with the person you trust,” rather than condoms. Still, 30 percent of infected Russian women get the virus from their only partner, she said.