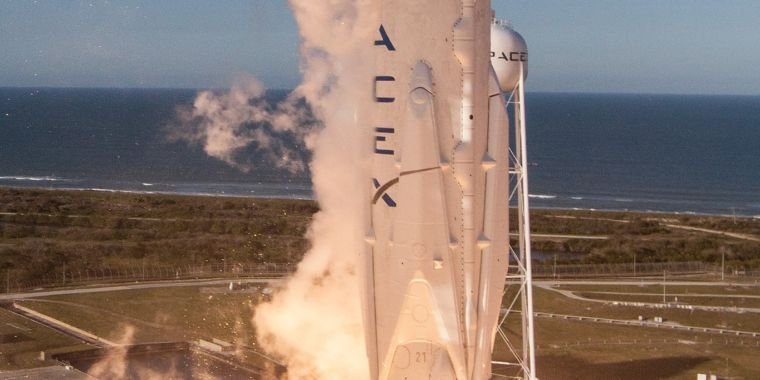 Just last year, Russian rocket scientists were skeptical about the potential of reusable rockets, such as those being developed by SpaceX and Blue Origin. Among the doubters was the Central Research Institute of Machine Building, which develops basic missile strategy for Roscosmos, the Russian space agency.

“The economic viability of reusable launchers is not obvious,” said an official at the research institute in February 2016. “First of all, it will depend on how often launches will take place. At the moment it is difficult to predict how the market will of launch services will disappear when reusable space rockets become available. The designers have yet to demonstrate the actual cost of production and making reusable relaunch stages,”

At the time of that statement, both SpaceX and Blue Origin had begun flying with their supposedly reusable boosters, but SpaceX had not yet landed at sea, nor had it reused a flown booster. Blue Origin had also just begun a series of extremely impressive tests to highlight its New Shepard booster. Accordingly, Roscosmos CEO Igor Komarov was confident that cutting the launch cost of the country’s workhorse Proton-M rocket from $90 million-100 million to $70 million would keep Roscosmos competitive.

But last Thursday’s successful test by SpaceX seems to have changed Russian rocket scientists’ attitudes toward reusable rockets. Instead of being dismissive, Komarov congratulated SpaceX and Elon Musk. “This is a very important step, we sincerely congratulate our colleague on this achievement,” he told journalists.

“The innovations SpaceX is making force us to work on lowering cost and increasing product quality. The most important thing is to ensure a competitive product,” he added. Those innovations include the development of reusable boosters. “We are conducting pilot projects on retrievable components,” said Komarov. “Speaking of components, we have engines that can run multiple times, for example Engine 191 and the engine for Angara (another Russian missile). We will also use the potential of retrievable missile components.”