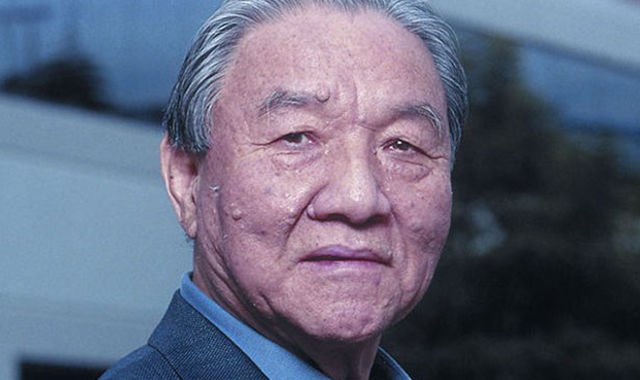 Ikutaro Kakehashi, founder of pioneering electronic instrument company Roland, has died at the age of 87.

Kakehashi’s influence on both the development of electronic music and the charts is enduring. After founding Roland in the 1970s, Kakehashi – an accomplished engineer – set his sights on developing an advanced electronic drum machine, culminating in the release of the iconic Roland TR-808 in 1980.

Unlike its contemporaries, who used recorded audio samples to create drum sounds, the TR-808 was an all-analog instrument that used transistors to generate its sounds. Though a commercial and critical flop upon release, the TR-808 took on mythical status and quickly became the go-to drum machine for the burgeoning electronic dance and hip-hop scenes of the ’80s.

Chances are, unless you’ve completely ignored popular music for the past three decades, you’ve heard the sound of a TR-808—whether it’s in Marvin Gaye’s relaxed hand clapping. Sexual Healing or Whitney Houston’s opening kick drum salvo I want to dance with someone. It’s also there in the industrial crunch of Nine Inch Nails, the electropop of The Human League and the big beat of Fatboy Slim.

Groups have named themselves after TR-808 – think 808 State – while even Kanye West thought it appropriate to name his hugely influential album 808s & Heartbreak after.

But Kakehashi was much more than a one-hit wonder, with his company Roland making not only more drum machines, but full-fledged synthesizers, audio interfaces and some equally iconic sounds in electric guitar through Roland’s sister company Boss. Kakehashi was also instrumental in the development of MIDI (Musical Instrument Digital Interface), a now ubiquitous standard that allows music hardware and software to communicate.

Even PC gamers owe a lot to Kakehashi. Roland’s MT-32 sound module gave affluent DOS gamers their first taste of MIDI music rather than the monotonous beeps of a PC speaker or the only slightly less computer-y FM synthesized music from an AdLib or Sound Blaster card . Later, the Roland SC-55 (Sound Canvas) became the first sound module to include the improved General MIDI standard, making it easier for software developers to create soundtracks that would play correctly on sound cards from different manufacturers.

Kakehashi retired in 2013, but not before his work was rightfully recognized in the form of a Technical Grammy and a spot on Hollywood’s Rock Walk of Fame. A 2015 documentary paid tribute to the sounds of the TR-808 and featured contributions from the likes of Pharrell Williams, Phil Collins and Fatboy Slim.

Marc Almond of Soft Cell, who used the TR-808 for his hit spoiled love said further Twitter: “A man who changed music. Ikutaro Kakehashi, the man behind the Roland Synth, 808 and more, has sadly passed away. Thanks for the Electro sounds.”

Roland developer Tommy Snyder, who has worked with Kakehashi for nearly 40 years, wrote on Facebook:

“He was a super funny, amazing and gifted human being, and his contributions to the world of musical instruments and music touched millions of people around the world. RIP dear Taro.”