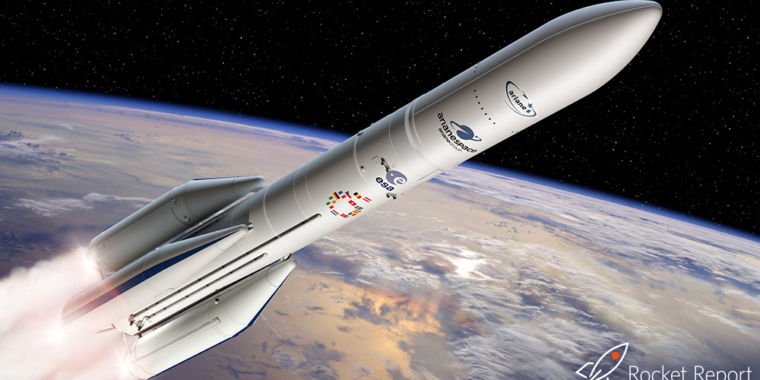 Welcome to issue 1.26 of the Rocket Report! This week we have a lot of news to share about successes at Rocket Lab, as well as a major launch for India’s space program. We also link to an in-depth feature on the past, present and future of the Japanese launch industry.

Rocket Lab enters its operational phase. Rocket Lab has moved from a company that tests a rocket to a company that has really started commercial activities. With the third flight of its Electron booster, the company launched seven different satellites into orbit as part of its first all-commercial spaceflight. “The world is waking up to the new normal,” said company founder and CEO Peter Beck.

A headstart … Rocket Lab now has a huge lead in the race to the small satellite launch market. With two test flights and one operational mission, they are probably 12 to 18 months ahead of everyone else. In a market where only two to four out of dozens of competing companies are likely to make it, that’s a significant advantage. The company wants a final commercial launch this year before setting an ambitious target of 16 launches for the year 2019. (submitted by dbayly)

Rocket Lab also raises a lot of money. Just after its third flight, Rocket Lab announced it has raised an additional $140 million in Series E funding, bringing total funding to date to $288 million. The company said capital markets valuation has risen above $1 billion.

Virgin Orbit undergoes rocket through taxi tests. Virgin Orbit hit another milestone over the Veterans Day weekend with the first high-speed taxi test of the modified Boeing 747 mothership and a LauncherOne rocket under its wing. The plane reached a speed of 200 km/h on a runway in Victorville, California, which was fast enough to simulate an aborted takeoff, GeekWire reports.

Step-by-step … This marked another step towards in-flight testing of the rocket and, eventually, a launch. The company has set a goal to launch LauncherOne for the first time this year, and there are about seven weeks left to get that done. It’s a tight schedule, but we wish Virgin the best of luck. (submitted by Unrulycow and Ken the Bin)

Avio tests new LOX methane engine. The Italian company says it has successfully tested a prototype of its new M10 liquid fuel engine developed by Avio in collaboration with the European Space Agency. The company plans to use the engine for the third stage of an evolved version of its smaller Vega rocket, possibly as early as 2024.

More efficient engine … According to Avio CEO Giulio Ranzo, the engine will replace the Vega’s last two propulsion stages with a new cryogenic stage that will be significantly more efficient and flexible. “Our goal is to continue to increase Vega’s cost competitiveness and maneuverability to orbit small satellites in low Earth orbit,” he said. The small satellite launch competition is sure to be interesting from the mid-2020s (submitted by Virkash)

Japan Finds Its Place in the Modern Launch Industry. In a lengthy article, Ars describes the state of the Japanese launch industry as the country grapples with the rise of SpaceX and nears completion of its new H3 rocket. This vehicle is designed for reliability and lower costs, but not for reusability.

Long history, bright future? … Japan was the fourth country in the world to reach Earth orbit, so it has a long history of spaceflight. It also has quiet but surprisingly robust ambitions in aerospace, including completing its own GPS network. The country has also long been interested in reusable missiles, but JAXA and its contractors have not yet received the funds needed to get them on the run.

SpaceX approved for NASA’s most sensitive missions. NASA’s Launch Services program has awarded its Category 3 certification to SpaceX’s Falcon 9 rocket, according to: Space news. This certification allows the space agency to use the Falcon 9 for its high-end science missions.

Tick ​​the boxes … In recent years, SpaceX has received Air Force certification for both the Falcon 9 and Falcon Heavy rockets, and now it has received NASA’s most critical certification. It’s quite remarkable to think about the speed at which SpaceX has grown from an outsider to a vital partner for the US government and its most sensitive missions. (submitted by Ken de Bin)

ArianeGroup cuts 2,300 jobs. European rocket maker ArianeGroup will cut 2,300 jobs by 2022 as use of its Ariane 5 rocket is phased out. The company said it faced stiff competition from US aerospace companies whose business is “backed by a large number of institutional orders,” AFP reports. ArianeGroup will implement the cuts by not replacing employees who leave or retire.

Not unexpected … One of the main selling points of the new Ariane 6 rocket from ArianeGroup is that it costs less and is more efficient to manufacture. Obviously, the biggest opportunity to cut production costs is simply building rockets with fewer people in a shorter amount of time. These cuts are part of ArianeGroup’s efforts to better compete with SpaceX and other launch providers, an issue Ars delved into deeply earlier this year. (submitted by Ken the Bin and pmhparis)

Russia has big plans for launch in 2019. Based on a report in Space Daily, Russian space company Roscosmos will conduct 17 space launches in 2018. However, it plans to return in 2019 with more than 35 launches, said Roscosmos chief Dmitry Rogozin. Ten of those will be “heavy” rockets, including nine Protons and one Angara.

We will see … The Russian launch industry has been heading in the wrong direction in terms of reliability in recent years and that is translating into declining numbers of commercial orders. Frankly, we’ll be surprised if the Russians reach their goal of nine Proton launches in 2019 (especially since they’ve only had one so far this year).

India’s GSLV Mark 3 Aces Test Launch. It was the third test flight of India’s most powerful missile, following a sub-orbital demonstration in 2014 and an orbital launch in 2017. Both missions were successful, and with Wednesday’s successful launch, Indian officials declared the missile ready for operational flights, starting with the launch of the Chandrayaan-2 lunar lander as early as January, reports SpaceFlight Now.

A lot of riding on this rocket … The Mark 3 rocket can take up to four tons to geostationary orbit. The Mark 3 would also launch astronauts to orbit in space aboard India’s planned Gaganyaan crew spacecraft in December 2021. So it was important that the booster, which has a core stage powered by two hydrazine-powered Vikas- engines, works. (submitted by Ken de Bin)

The Tesla roadster has gone through the aphelion. Late last week, the vehicle launched by a Falcon Heavy rocket in February reached its first peak from the sun at a distance of 1.66 astronomical units, or about 250 million km, taking it far beyond the orbit of Mars. The Tesla’s orbit data comes from NASA and is tracked by ground-based telescopes for the first six weeks after launch, when the Falcon Heavy’s upper stage (and the Tesla) were still relatively close to Earth.

Hubble says no … The Tesla is so far from Earth that only the Hubble Space Telescope can now see it at the 30th magnitude. But Hubble isn’t interested in the challenge. “Hubble orbits are precious and highly competitive, so it would be a waste of scientific time to spend the resources looking at them,” Ray Villard, news director of the Space Telescope Science Institute, told Ars.

China unveils new heavy-lift missile. Hu Xiaojun, a researcher at CALT, told the press at the Zhuhai Airshow that the new launch vehicle is intended for future manned spaceflights on China’s next-generation manned spacecraft, including lunar missions. It will be designed to send 25 metric tons to trans-lunar injection and 70 metric tons to low Earth orbit, Space news reports.

Eyes on deep space … Feasibility studies started in 2016 and the new rocket will likely be reusable. From slides presented during the talks, the launch vehicle’s conceptual designs show clustered engines more reminiscent of the SpaceX Falcon 9 rocket than typical Long March heritage. The plans demonstrate China’s interest in deep space (not to mention its willingness to copy the space ideas of others). (submitted by Unrulycow and Ken the Bin)

Russia sees new uses for the RD-180. As United Launch Alliance continues to develop its Vulcan missile, Russia eventually loses a key customer for its RD-180 engine. However, the RD-180 engine could instead be mounted on the super-heavy Russian launcher and modernized Soyuz-2 launchers, Igor Arbuzov, CEO of Energomash, told TASS at the Airshow China exhibition.

Maybe maybe not … We have our doubts whether such a super-sized rocket will actually be built. According to reports, this beast will be able to deliver 70 tons to low Earth orbit and will serve as the basis for a deep space exploration program. However, with a development cost of billions of dollars and a launch date no earlier than 2028, it is difficult to take the vehicle too seriously in light of the current financial instability of the Russian space program.