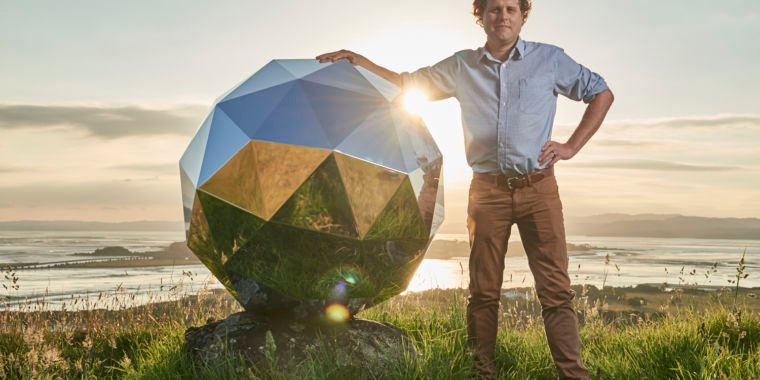 This past weekend, Rocket Lab successfully reached orbit for the first time with its Electron booster. Before the launch from New Zealand, the company announced a handful of commercial cargoes on board. But it turns out that the rocket also carried a secret payload into space at the behest of the company’s founder, Peter Beck.

This was the “Humanity Star”, a disco ball-like geodesic sphere about 1 meter in diameter. It served no business purpose, but rather reflected Beck’s philosophy that by going into space, humans can improve our lives on Earth. With his first orbital launch, Beck wanted to make a statement by launching a bright object into space that people on Earth could observe.

“The whole purpose of the program is to get everyone to look up to the star, but also past the star in the universe, and think about the fact that we are one species, on one planet,” Beck told Ars in an earlier interview. the launch. “This isn’t necessarily part of the Rocket Lab program; it’s more of a personal program. It’s certainly consistent with our goal to democratize space.”

Beck said the idea came to him after talking to people who would tell him which street they lived on or their country or origin. They knew where they lived on planet Earth, but they had no idea where they were in the solar system or the universe. And it’s just a big, wide universe waiting to be explored, he felt. “It baffles me that as a species we don’t think about anything outside of our small sphere,” Beck said.

This is the core of the ethos that drives many new space companies like SpaceX or Blue Origin: a desire to open up access to space, cut costs, and see what humans can do among the stars — if only they can get there. . Until now, space has been the province of a few national space agencies, which launch a handful of astronauts at a time. What if hundreds or thousands of people could go to space? While he’s focused on building small rockets for now, Beck is one of those trying to push people forward.

But can you really see the shiny orb? The Humanity Star is a kind of experiment. Beck isn’t sure it will actually work. The sphere is made of carbon fiber materials and has 65 highly reflective panels, each about the size of a laptop. It’s really meant to work like a giant disco ball, reflecting light from the sun back to Earth as it flies around the planet in a 300×500 km orbit. It will be about nine months before his orbit starts to expire, and Humanity Star begins to fall back to his cradle.

The company wants the object to be visible to the naked eye anywhere on the planet. “Most people will be familiar with the Iridium eruptions, and this has much, much more surface area than an Iridium eruption,” Beck said. “In theory it will be easy to find.” Such a “flare” occurs when the solar panels or antennas of an Iridium communications satellite reflect sunlight onto the Earth’s surface.

Rocket Lab has set up a website, which should be up and running on Wednesday, so that people can follow the movement of the Humanity Star in real time.