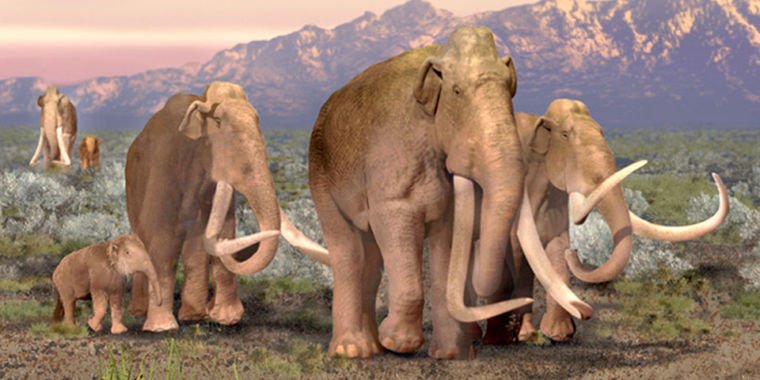 Modern biology has developed a number of technologies – stem cells, genome editing and more – that have attracted attention largely for their potential use in medicine. But these techniques also bring an exciting possibility: we may be able to bring species back from the dead. “De-extinction” raises the prospects of taking whiteout back into the carefree past of some of our species and recreating ecosystems not seen in thousands of years.

De-extinction raises numerous ethical and environmental issues. But according to a perspective in this week’s issue Science, legal issues are also addressed. And to complicate matters, the legal issues that apply depend on exactly how we make a species go extinct.

Species can be reduced in a number of ways, according to the paper’s authors. The first is relatively simple: selective breeding. A handful of extinct species have left part of their genomic legacy, either through hybridization with surviving species or through domestication. Past attempts to save a species from extinction by selectively breeding for a specific appearance include the quagga and the aurochs. But this clearly does not recreate the ancestral species; we didn’t end up with an aurochs, but a cow that looks like an aurochs.

However, with advances in sequencing parental DNA, it is now possible to direct these breeding efforts based on the underlying genetics. In some cases, it may be possible to direct breeding so that the end result is an animal whose genome is nearly identical to that of the extinct species.

Is that a successful de-extinction? To some extent that depends on how we define a species in terms of DNA differences, and there is no general consensus on how much two individuals can differ at the DNA level and still belong to the same species.

Similar issues are raised by another approach under consideration. In many cases, we don’t have a hybrid nearby that has most of the genetic heritage of an extinct species, but we do have the sequence of the genome of the extinct species. The advent of DNA editing technology (mainly CRISPR-cas) could allow us to start with the genome of a related species and edit it until it resembles the extinct species. That is the approach that has been proposed for the woolly mammoth, using the elephant as a genome source and surrogate.

But editing large parts of the genome will be expensive and time-consuming, so in all likelihood the end product will primarily be that of the donor species. However, its main visible properties make it resemble the desired species.

For a few species there is a third option: a true resurrection. We now know how to clone a number of organisms by transplanting the nucleus of a cell into an unfertilized egg. All it takes is a viable cell to form a source of the nucleus. While this wouldn’t create a perfect genetic copy (mitochondrial DNA would be provided by whatever species donated the egg), the resurrected species would still be the real deal.

The precise method used actually makes a big difference to how the law views the outcome of an attempted extinction. For example, there are almost no restrictions on selective breeding and the final product would have the same restrictions as the parent strain. However, if the extinct animals had been generated by genome editing, they would be classified as genetically modified organisms in most jurisdictions. In the US, releasing a GMO into the wild requires an environmental impact assessment. A similar restriction exists in the EU, and local governments generally have even stricter standards.

It is also worth noting that the GMOs can be patented. So if you’re hoping to make your own mammoth-like elephant, you may be faced with licensing fees.

Things get even more complicated when the results of the breeding or technique produce something that is considered a new species. There would be no way for that species to start with anything more than a small population, which would almost certainly put it within the realm of conservation laws such as the Endangered Species Act. The same goes for a species resurrected through cloning. If the species was only recently extinct, it may already have been declared an endangered species and subject to various regulations.

Should that happen, it also increases the risk that some of the limited money and resources we have available for species conservation would be spent on the recently resurrected species. That in turn would mean less money available for the species we haven’t managed to eradicate yet.

The authors argue that we can avoid some of these problems simply by being careful about whether and how we designate new species resulting from our de-extinction efforts. But the problems seem so big that we might consider reviewing the laws and regulations before the technology progresses much further. Otherwise, we risk ending up with a species that we’re not legally sure what to do with.