Review: Pitch-perfect Ready or Not is a sharp and witty, blood-soaked delight |Techilink 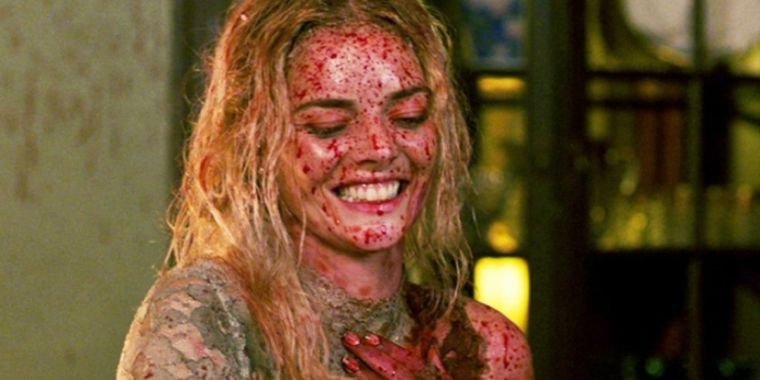 An unsuspecting bride fights for her life on her wedding night in Ready or notan insanely funny, blood-soaked thriller that had its world premiere at the Fantasia International Film Festival in Montreal last month. [corrected] I was basically on board when the first trailer came out in June, but good trailers don’t always indicate a good movie. Happy, Ready or not lives up to its trailer.

Grace (Samara Weaving, Picnic at Hanging Rock) can’t believe her luck when she falls in love with Alex Le Domas (Mark O’Brien, Stop and catch fire), a member of a wealthy game dynasty, although the family prefers the term “lordship.” After a perfect wedding at the family’s estate, Alex tells Grace that there is one more formality to follow: “At midnight you have to play a game. It’s just something we do when someone joins the family. ” The new family member must draw a card from a mysterious box to find out which game they are going to play.

Unfortunately, Grace Hide and Seek draws the worst possible card. That’s because, as played by the Le Domas family, it has less in common with the pastimes of innocent children and more with the classic 1924 short story “The Most Dangerous Game.” Grace is the prey, and she must be on detection until dawn. escape to avoid being killed in a bizarre ritual sacrifice.

“They think they have to kill you before sunrise or something bad will happen to the family,” Alex explains apologetically. It has something to do with a mysterious figure named Mister Le Bail, who struck a deal with the ancestor of the Le Domas family several generations ago. He would give the family great wealth in exchange for the occasional blood sacrifice. Goats are usually enough, but the Hide and Seek card requires human sacrifice. It’s nonsense, of course, but the Le Domas family isn’t taking any chances.

Unfortunately for them, Grace proves to be a formidable adversary, despite being “just a blond twig” like her new father-in-law Tony (Henry Czerny, Sharp Objects, Quantico) calls her. It helps that her new in-laws are shockingly incompetent with the antique weapons they use according to the family tradition. Also Emilie Le Domas (Melanie Scrofano, Wynonna Earp) continues to accidentally butcher maids. (“Does she look like she’s wearing a giant wedding dress?”)

Grace seems to have Alex by her side: he still remembers the childhood trauma of watching family matriarch Helene Dumas (Nicky Guadagni, Lars and the real girl) protested in tears as her new bridegroom, the love of her life, was dragged to the sacrificial altar. Alex’s always tipsy older brother, Daniel (Adam Brody, Jennifer’s body, Shazam!), also sympathizes with Grace’s plight, but lacks the determination to intervene. His own wife, Charity (Elyse Levesque, Stargate Universe), has no such scruples and joins the hunt with sadistic joy. And while Grace’s new mother-in-law Becky (Andie MacDowell, Groundhog Day, Four Weddings and a Funeral) likes her son’s new wife very much, she will always put the family tradition first.

Ready or not gets the tone just right throughout, perfectly balanced between humor and horror. Moments like Emilie’s husband, Fitch Bradley (Kristian Bruun, Black orphan), watching YouTube videos on “Getting To Know Your Crossbow” provides a bit of comedic relief and makes those really shocking gory twists all the more effective. The pace is crisp, the story is tight, it’s really exciting and the entire cast clearly has a lot of fun in their respective roles.

Relative newcomer Samara Weaving, in particular, delivers a standout performance as Grace—a role that requires her, in turn, to be sweetly submissive, shocked and terrified, and a rock-hard badass in a fight for her life. Her wedding dress reflects her character’s inner journey, which begins untouched and gradually becomes more torn and stained with gore and blood as her infernal wedding night progresses. According to the featurette below, the production team designed 17 different versions of that dress for Weaving, including an incarnation with “so much goat carcass, you can’t even fathom it.”

Late August is usually a pretty slow landscape when it comes to cinematic offerings, with most major studios having major releases for the fall. Ready or not adds a welcome bit of sharp sparkle to these dog days of summer.