Review: Men in Black: International is a solid addition to the popular franchise |Techilink 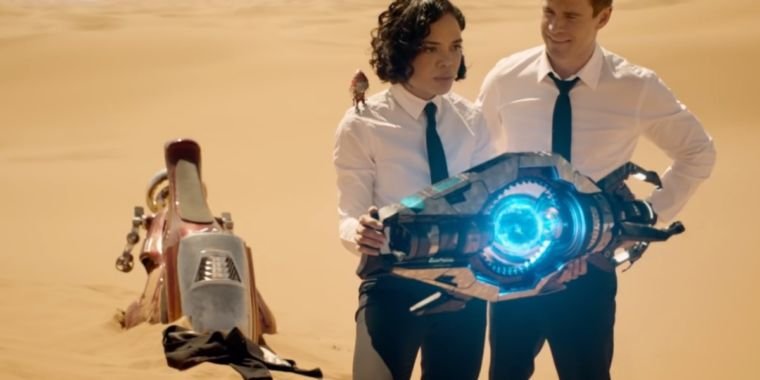 A pair of shape-shifting aliens with exciting powers and insane break-dancing skills threaten the safety of the Earthlings in Men in black: international† The fourth installment in the hit franchise hits theaters this weekend, and this iteration is the first without Will Smith and Tommy Lee Jones. Happy former Thor: Ragnorak co-stars Chris Hemsworth and Tessa Thompson prove they are worthy successors to that dynamic duo, bringing their own brand of wisecracking buddy cop chemistry to this standalone sequel.

(Some mild spoilers below.)

The first Men in black film (1997) was an instant classic and pretty much cemented Will Smith’s megastar status. Smith’s chemistry with co-star Tommy Lee Jones was a delight, and the original was rounded out by an equally great cast. Miraculously, the sequel, Men in Black II (2002), was almost as good, and a Hollywood franchise was born, reuniting Smith and Jones one last time with Men in Black III (admittedly the weakest film of the trilogy) in 2012.

The first trailer for Men in black: international fell last December, starring Thompson in the role of Will Smith as the talented rookie and defender of Hemsworth’s jaded pro – except that instead of being recruited, she seeks the MiB herself. Somehow she finds the US headquarters of the most secretive organization in the world, which, as she points out, is uber†chic Agent O (Emma Thompson, reprises her role) MiB III), makes her pretty much perfect for the job. Agent M’s first assignment: trouble is brewing across the pond, and she joins London’s MiB International Unit to take on a pair of aliens who like to avoid action in local nightclubs when they don’t. cause problems for humanity. She teams up with Agent H (Hemsworth), who is supposedly the best, and worked with Liam Neeson, aka High T, who heads the London office. Now he seems to be mostly busy partying hard, napping and Taco Tuesdays in the cafeteria.

Hemsworth once again shows the comedic chops that made his supporting turn as the pretty-but-dumb receptionist Kevin in 2016’s Ghostbusters: Answer the Call such a delight, especially his gift for physical comedy, showcased in key fight scenes. His Agent H is a wisecracking, rather shady playboy when we meet him. He uses macho bravado to keep the world at bay, and over the course of the film, he must dig deep to become the hero he once was to avert this latest threat to Earth’s survival. He’s the perfect complement to Thompson’s Agent M. She’s smart, ambitious, and unafraid of her partner’s superficial swagger, with her own thick protective walls hiding behind logic and intellect.

Director F. Gary Gray has put together an equally strong cast. Emma Thompson steals every short scene she’s in with nothing more than an expertly raised eyebrow. Rafe Spall gives depth to what would otherwise have been a one-note role as Agent C, H’s future rival, whose nebbish demeanor makes him better suited to a desk than active field work (this tickles his pride, of course). I initially had my doubts about the cute introduction of Pawny (an animated alien chess piece voiced by Kumail Nanjiani), who befriends Agents M and H after his queen is murdered. But he’s getting some of the funniest comebacks, routinely cutting H to size. Even Pawny ends up being a welcome addition to the team.

As the history of long franchise sequels might suggest, this isn’t a perfect movie. The plot is predictable and on the thin side, and the final twist is telegraphed way too early. Fortunately, hopping around to various exotic locations keeps things moving at a fast pace. MiB: International at the very least it avoids the dizzying time travel convolutions that marred the third installment in this franchise, plus there are some funny harks back to the earlier films. It all makes for a fun, enjoyable summer ride, and fans of the earlier films won’t be disappointed.