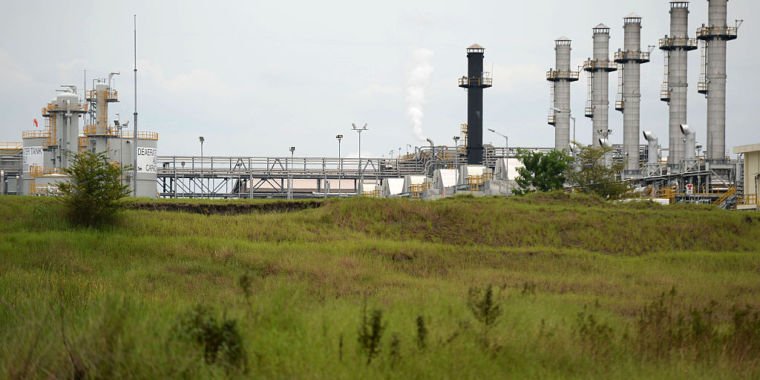 An economic downturn at the level of the 2008 recession is imminent if we continue to invest in fossil fuels, researchers say. If fossil fuel producing countries like the US, Canada and Russia don’t divert their economies away from oil, gas and coal, low-carbon technology could make at least some of those investments worthless. According to a paper in Nature Climate Changeabout $1 trillion to $4 trillion could be lost to the global economy, even taking into account that the Trump administration has curbed much of climate change policy in the US.

With or without the US federal government, countries and regions around the world (including US states) are pursuing policies to achieve the 2°C climate goals of the Paris Agreement. At the same time, investments in fossil fuels continue. These assets, such as drilling rigs and pipelines, are generally long-lived, so as the world moves towards low-carbon and zero-carbon technologies, we can expect some fossil fuel assets to become worthless before the end of their expected life. Investors call these worthless assets “stranded.”

“Regardless of whether new climate policies are adopted or not, the global growth in fossil fuel demand is already slowing in the current technological transition,” write the researchers from Radboud University in the Netherlands. “The question then is whether, at the current rate of low-carbon technology diffusion, fossil fuels will become trapped as a result of the trajectories in renewable energy deployment, transport fuel efficiency and transport electrification.”

The researchers used a computer model of the global economy and applied two scenarios: one in which low-carbon technology continues to spread at the pace and a more extreme scenario in which countries really stick to their 2°C commitments. They compared this to the International Energy Agency’s (IEA) forecasts of fuel consumption through 2040, which generally show continued growth in fossil fuel demand and reflect how investors formulate ideas about demand.

At the current rate of adoption, cleaner technology will strand billions of dollars in assets before they normally retire. And if countries implement additional climate policies, the losses would be even greater.

One scenario that would exacerbate this situation would be a “sellout,” the researchers said. Realizing that demand is beginning to decline may encourage low-cost producers to pump up as much oil as possible and sell it cheaply. That way, they can maximize the use of their assets, exhaust all oil reserves and any eventual profits to be made in the oil market before their competitors can. That could push fossil fuel prices down even further, causing the death knell for higher-cost producers, especially oil producers in Canada and the United States.

Whatever happens, stranded assets result in losing countries and winning countries, which can be easily classified into which countries import fossil fuels and which countries export. China and many countries in the European Union will emerge as winners as the price of fossil fuels falls and the energy economy shifts to low-carbon or zero-carbon alternatives. In contrast, the United States, Canada and Russia emerge as losers because they have made significant investments in fossil fuel production. The Organization of Petroleum Exporting Countries (OPEC) is not expected to lose as much as the above countries because it produces oil so cheaply that OPEC can sell its oil and gas if fossil fuels are discontinued.

The worst-case scenario? If investment in fossil fuels continues unchecked, policies to limit warming to 2°C and a sell-off are in place, the global economy could lose $4 trillion, the researchers write.

This is, of course, the most extreme example, especially given that the US has reneged on its promise to the Paris Agreement and may even continue to support fossil fuels in the coming years (a scenario the researchers don’t seem to have considered). That may temporarily reduce the damage, but it’s an emergency measure for a country exporting fossil fuels to a changing world.

Is there a way to win?

The researchers emphasize that this global fossil fuel contraction could happen with or without new climate policies, as low-carbon technology is adopted.

Instead, the researchers argue that the only way a fuel-producing country can win is by leaning into the transition — adopting climate policies that divert investor dollars away from fossil fuel infrastructure and into renewable energy, and fewer dollars will be available to to be stranded. . “Further economic damage from a potential bubble burst can be prevented by early decarbonisation,” the researchers advise.

They add that any country, no matter how big, probably wouldn’t be able to turn the tide of global climate policy, so “an exposed country can reduce the impact of stranding by shedding fossil fuels as a insurance policy against what the rest of the world does.”

The effects of this low-carbon transition are already being felt, even in the US, despite the Trump administration’s pro-fossil fuel policies. Just last week, the Energy Information Agency (EIA) released data showing that the electricity sector used less fossil fuels in 2017 than in any year since 1994.

In the absence of any US policies to dampen the optimism of fossil fuel companies, some investors have demanded accounting of how their investments are exposed to climate change policies and new low-carbon technologies. Exxon is the most notable: In May 2017, more than 60 percent of Exxon’s investors voted in favor of a resolution that would require the company to prepare an annual report on how global climate change policies could affect business. While the resolution was non-binding, it showed growing concerns about the issue of stranded assets.

Commission chair and MP Mary Creagh reportedly said: “We need to solve the incentives in our financial system that encourage short-term thinking. Long-term sustainability must be factored into financial decision-making.”

Yet reporting climate risks around the world remains voluntary. Last week, Chevron’s shareholders rejected a resolution asking the company to disclose a plan on how it would transition to energy resources, more in line with the Paris Agreement.