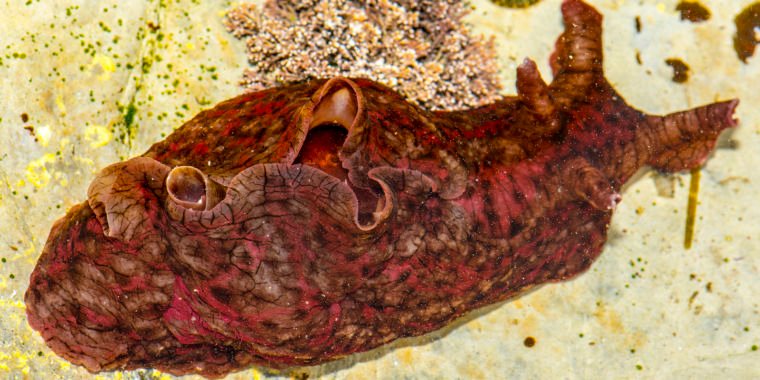 How does a brain retain a memory? There is evidence for a number of processes, from potentially transient changes in gene expression, through long-term changes in DNA packaging, to changes in the connections between cells. To complicate matters, none of these processes are mutually exclusive, so they could all be involved in some context.

That complexity makes one of this week’s headlines – “Memory Transferred Between Snails,” to name just one example – a little surprising. If it was that simple, doesn’t that mean memories should be relatively simple?

The researchers behind the headlines did something impressive, but it certainly wasn’t conveying a memory the way we usually think of it. As we’ll explain here, the work tells us something about one element of memory, but it probably won’t end the debate about which processes make us remember familiar faces and places.

The persistence of sea snails

For starters, much of the coverage claims that memories were transferred between two snails. This is wrong; Aplysia is a sea hare, a group within the sea snails. Thanks to the pioneering work of Nobel laureate Eric Kandel, these sea snails have been widely used to study memory. That’s not because you can train them to turn left at the third coral; instead, imprints of past events can influence some of their current instinctive responses.

Specifically, these animals have a siphon that they can stick out of a protective pouch. Poke it, and they’ll quickly pull it back. If the animals were subjected to other voltages — one option is to implant electrodes elsewhere and shock them a bit — this reflex could be accelerated and the siphon retracted for extended periods. This effect worked even after the shocks stopped, indicating that Aplysia an associative memory. Because the nervous system isn’t as complex as that of a mammal, researchers were able to use it to get clues about how memories can form at the level of individual neurons.

It is this system that researchers at UCLA used to test the possibility of a memory transfer.

Their approach was relatively rough. They performed the sensitization training as described above so that they had a group of animals with an enhanced siphon response (and a matched control group). Once trained, the relevant areas of the animals’ nervous systems were dissected, and the researchers isolated the RNA from these cells.

That RNA is a complicated mix of material that helps catalyze key reactions, RNAs that code for proteins and RNAs that are involved in regulating gene activity. So it’s important to note that the authors don’t quite know what this batch of RNA provides.

Thanks for the memories

But when the RNA is injected into an animal that has not been sensitized, it changes. After injection into the same area of ​​the nervous system from which the RNAs came, the animal behaved as if it had been sensitized. RNA from unsensitized animals did not have this effect, indicating that it is not something caused by the injection itself. The injection also did not place anything out of the ordinary in cells; the nerve cells in the area have to pick up some material on their own.

Whatever happens, it seems to involve changes in the way the Aplysia change their DNA through epigenetics. In some animals, the researchers mixed the RNA with an inhibitor that blocks a chemical modification of DNA bases. When the inhibitor was present, the RNA had no effect on the animals into which it was injected. So if the animals can’t change their DNA, they can’t absorb the new memory.

The authors also dissected both sensory and motor neurons from refractory animals and exposed them to the RNA. In these experiments, sensory neurons were sensitized and activated longer in response to a stimulus. The motor neurons were not altered by exposure to the RNA. Thus, the effect does not appear to be associated with a general increase in neuronal activity.

In part because of that specificity for sensory neurons, the authors claim that they physically transferred a memory from one animal to another. And if we want to define memory as simply “do the two animals act as if they had the same experience?” then a memory was transferred.

But of course it is a bit more complicated than that. Increasing a neuron’s response based on a history of activity is something that’s extremely useful, and it’s done in a variety of contexts, not just memory. And you would expect that nerve cells with different functions, such as the sensory and motor neurons tested here, could control that response in different ways. Looked at in a different way, the authors showed that they could transmit a heightened state of activity from one set of neurons to another – very interesting but much less provocative.

And it’s also important to note that a heightened response in an instinctive response is not what most people consider a typical memory. Things like knowing where to go while driving or remembering a past meal involve multiple systems in our brains and likely require a storage system significantly more complex than the one shown here. So it’s important to recognize that this work doesn’t mean we’re close to transmitting anything like those memories.

None of this is intended to detract from this investigation. Within the definition of memory the authors are working with, they are almost certainly correct in having transferred it, and they have shown that it can be done by an unexpected vehicle (the RNA found in nerve cells). But this is just one small step in what has been a long process of unraveling how sophisticated memories are stored in something as complex as the human brain.