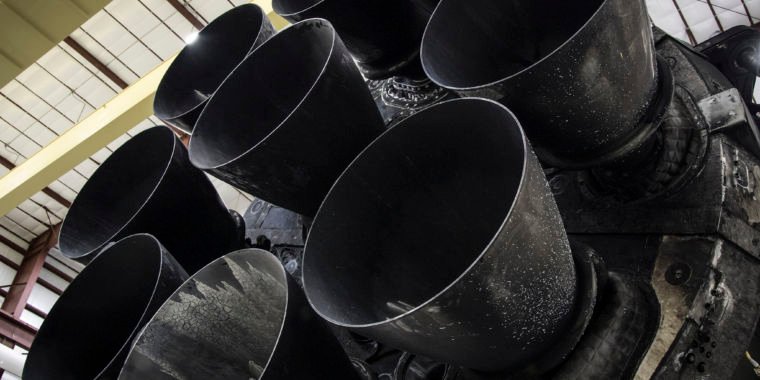 A draft US congressional report on NASA’s commercial crew program has found technical problems with both SpaceX and Boeing’s efforts to provide transportation to the International Space Station. However, according to The Wall Street Journalthe upcoming report from the US Government Accountability Office focuses most on problems with turbopumps in SpaceX’s Falcon 9 rocket.

The newspaper says the report found a “pattern of problems” with the turbine blades in the turbopumps, which push rocket fuel into the combustion chamber of the Merlin rocket engine. Some components used in the turbopumps are prone to cracking, the government researchers say, and may require redesign before NASA allows the Falcon 9 booster to be used for crewed flights. NASA has been briefed on the report’s findings, and the agency’s acting administrator Robert Lightfoot told the newspaper he thinks “we know how to solve them.”

A SpaceX spokesperson, John Taylor, said the company already has a plan to deal with the potential cracking problem. “We qualified our engines to withstand cracking in turbine wheels,” said Taylor. “However, we are adjusting the design to avoid them altogether. This will be part of the final Falcon 9 design iteration.” This latest variant of the Falcon 9 booster, called Block 5, is being designed for optimal safety and easier return for possible reuse. It could fly by the end of this year, according to company founder Elon Musk.

The new report also cites other problems with SpaceX and Boeing’s efforts to develop the commercial crew. For example, the latter company may have difficulty ensuring the reliability of its parachute systems to safely return crews to a land landing.

Both companies are also struggling to meet NASA’s mission requirement for a 1 in 270 crew loss probability. NASA has previously acknowledged this problem, citing the challenge of dealing with micrometeoroid and orbital debris. At a NASA advisory board meeting in late 2016, commercial crew program director Kathy Leuders said the companies were looking at options such as an in-orbit inspection to ensure the spacecraft could safely fly back through the atmosphere. from the earth. “There’s really nothing more from a design perspective that’s going to make it better,” she said.”At some point you have to fly, there’s only so much shielding you can accomplish.”

Boeing has set a “no sooner than” date of August 2018 for its first crewed test flight as part of its commercial crew program, and SpaceX is targeting May 2018. The new GAO report echoes previously expressed planning concerns about the viability of dates. Even a single crewed test flight in 2018 by either carrier seems unlikely, according to an unofficial Ars analysis published in late January. Operational flights seem unlikely before mid-2019.