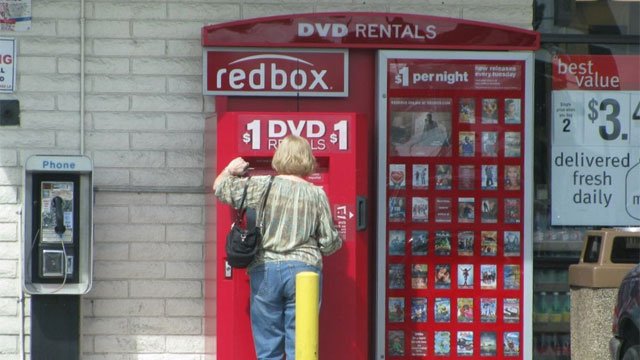 Redbox could try online video streaming again, according to a report from Variety. “Sources familiar with the company’s plans” told the entertainment news site that Redbox is getting ready to launch a new video streaming service called Redbox Digital. A source claims that beta testing could begin soon.

Details of the Redbox Digital are still sketchy and the company is not giving any more information. That’s what a representative of Redbox said Variety, “Redbox is constantly looking for ways to improve our customer experience. For tens of millions of consumers, Redbox is their source for renting new releases without a subscription. As such, we regularly test potential new offerings, whether or not they come to market, as part of our ongoing commitment to adding value.”

Some design concepts of the service have been leaked, revealing that Redbox Digital could offer online video rental and purchase options that would integrate with Redbox’s current video offerings. The store would be accessible through Redbox’s website via the “Digital” tab, and users would be able to earn “Play Pass” points with every rental or purchase through the company’s existing loyalty program. Pricing information is not certain, but the draft views show different prices for renting and buying standard definition videos compared to HD content. Reports also suggest that this service would be integrated into Redbox’s mobile apps and compatible streaming devices like Rokus and Chromecasts, making it easier to watch Redbox content from all sorts of devices.

This isn’t the first time Redbox has attempted to move its business from that bright red kiosk outside your local drugstore or grocery store to your computer screen. Redbox Instant was a joint project with Verizon that provided unlimited video streaming with the option to add DVD rentals for an additional fee. Lack of interest and criminal activity led the two companies to shut down the service after just 18 months.

It will be difficult for Redbox to break into the competitive video streaming market given the popularity of existing services such as Netflix and Amazon Video, and the way Apple and Google’s video services integrate directly with their products. Redbox is certainly suffering from the shift in consumer habits in favor of online video streaming, which has made DVD rentals a tough business. In the fourth quarter of 2015, Redbox’s revenue fell 17 percent to $407 million and rumors are circulating that its parent company, Outerwall, may be trying to sell the company. If Redbox Digital flourishes, the company will have to give its current customers an incentive, possibly through savings, to use its online video service to gain some traction.