Recycle plastic waste before it reaches the ocean | Techilink 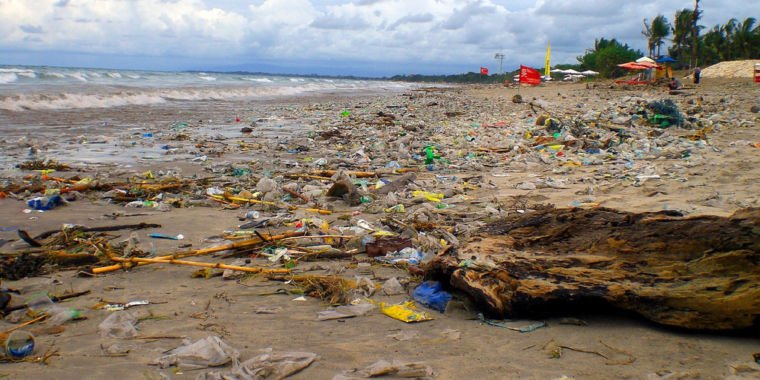 “One man’s waste is another man’s treasure” is pretty much the organizing principle of the recycling industry. But what about the garbage that doesn’t even make it to the bin? A shocking amount of plastic ends up in waterways and eventually in the ocean. Contrary to some depictions of “the Great Pacific Garbage Patch,” the problem isn’t so much a floating dump of toys and bottles, but rather an abundance of tiny broken-off pieces of plastic that a variety of organisms ingest.

Plastic undergoes chemical reactions and a physical beating in the ocean that reduce it to specks. Combine that small particle size with the fact that the ocean is quite large, and it should be clear that at this stage of the process it is virtually impossible to clean up the plastic. To really make a difference, you need to tackle the problem closer to the source – when the plastic is still largely intact and before it reaches the ocean.

On beaches or bends in waterways where plastic waste accumulates, plastic items are still in good condition to be recycled. So not only can we intercept some plastic, but someone can also make money with it. In fact, within a few months Dell will start using some of this recycled ‘ocean plastic’ in packaging materials for its products.

For companies trying to improve their sustainability, it’s not just about the materials and processes behind products – the packaging materials surrounding a product between the factory and your shopping cart cannot be ignored. Because the properties of packaging materials are slightly less demanding, manufacturers have room to be a little more creative.

Last year, Dell explored the feasibility of acquiring recycled ocean plastic from Haiti, where people are already paid to collect litter for recyclers. The people behind the Dell research used Google Earth to find places where large amounts of plastic are accumulating in riverbeds or along roads. In some densely populated areas, it seems there is enough easy-to-recover plastic to make the effort worthwhile.

An initial satellite survey of major ocean plastic sources around Southeast Asia also revealed locations that could potentially feed an ocean plastic supply chain. For example, Manila in the Philippines was ranked as the best (worst?) source candidate, with Chennai, India coming in second.

Dell says it plans to develop programs with recyclers to recover ocean plastic in these areas. In what it describes as a pilot program, the company will soon start using it to create packaging for one of its laptops. The plastic containers in the box are made from a blend of 25 percent recycled plastic from the ocean (first from Haiti) and 75 percent recycled plastic from conventional sources.

With about 300,000 trays to be produced this year, Dell says that equates to about 16,000 pounds of recycled ocean plastic. Something like eight million tons plastic is thrown into the oceans every year, so this is just a small step towards making a significant dent in the problem. But if the company can demonstrate that this is truly a viable project, others may follow suit.