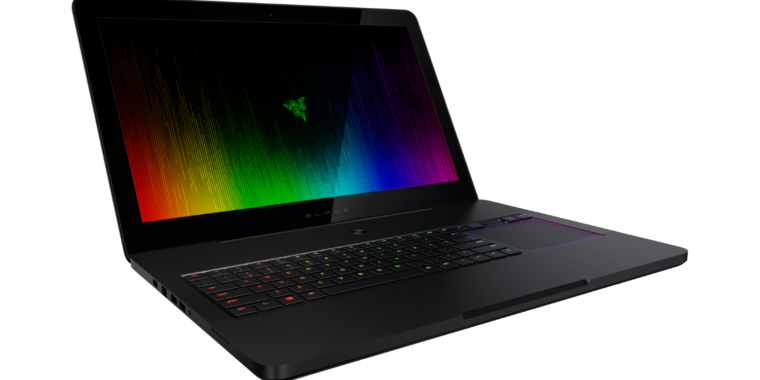 If you want hardcore gaming performance but need it in a system that’s portable, if not completely lightweight, Razer’s new Blade Pro could be just the ticket. Razer calls it the “desktop in your laptop,” and the company has a point.

Inside, the system includes a quad-core Skylake processor, an 8GB Nvidia GeForce GTX 1080 GPU, 32GB RAM, up to 2TB NVMe SSD storage in RAID 0, Thunderbolt 3, and a 17.3-inch 4K G-Sync compatible screen. That’s a machine that doesn’t sacrifice much in terms of performance on most desktop PCs, so all justifies Razer’s tagline… but it’s the next thing they did that really makes this a laptop desktop.

All this hardware is packed into a unit that is actually surprisingly portable. It weighs 3.5 kg and is about 23 mm thick. I remember a time not too long ago when regular laptops were thicker (and heavier) than that. My current mechanical keyboard is over an inch deep and the closest thing to a powerful computer is a USB hub!