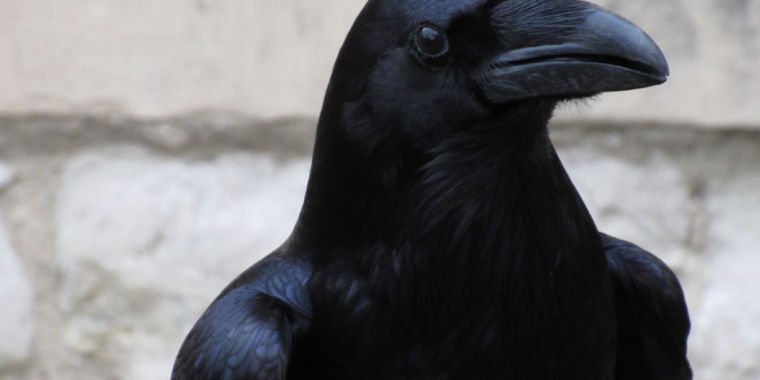 If humans, chimpanzees, gorillas and orangutans can all do something, but apes can’t, then that tells a certain evolutionary story: it suggests that the ability arose sometime after the apes split from the apes on our evolutionary tree. But if a bird comes along with that ability, it throws the whole story off track. Corvids — a family of birds that includes ravens, jays and crows — seem to take pleasure in doing just that.

People plan pretty clearly for the future, from packing a packed lunch to saving for retirement. Other monkeys also seem to be able to plan for the short-term future, at least up to one night. Don’t monkey. But a piece of paper inside Science this week reports a small group of corvids succeeding in future planning tasks. That points to a complex evolutionary story.

Two cognitive scientists at Lund University in Sweden, Can Kabadayi and Mathias Osvath, conducted a series of experiments with five captive, hand-reared ravens. That’s not a lot of ravens, of course, and hand-raised ravens don’t behave like wild ravens. But when it comes to figuring out the outer limits of cognitive abilities for a species, those aren’t the main issues to worry about. Testing more ravens and wild ravens will come later.

First, the ravens had to get an experience they could plan. They learned how to operate a puzzle box that opened to yield a reward, but the box could only be opened with a specific tool. The next day they were shown the puzzle, full of food, but no tools. Just an hour later, they were presented with a tray of items, including the tools, and allowed to choose only one item. Fifteen minutes later, the puzzle came back, and if the raven chose the right tool, they could open it.

Repeatedly over 14 trials, the birds chose and used the right tools 79 percent of the time — far more than chance. The average would have been higher if one of the ravens hadn’t thwarted the researchers by devising a way to open the puzzle without using any tools – she didn’t choose the tool, because it wasn’t necessary. Without her, the average was 86 percent.

The ravens could also solve a similar future planning problem related to bartering. They learned that a researcher would give food treats in exchange for a certain token. Then the researchers started asking the raven for the token, even if it was nowhere to be found. Once the ravens were shown a tray of items, including the token, they chose and used the correct token at a rate greater than chance – 78 percent of the time.

Perhaps most importantly, four of the five ravens performed these tasks well on the first test, before they had any chance of learning the specific task through experience or by acquiring habits. They also performed the tasks when the waiting time was extended to overnight.

These ravens weren’t done yet: they passed a task where they had to choose the tool to open the puzzle – which contained a superior treat – instead of an immediate but inferior treat. To do that not only requires planning, it also requires self-control.

These studies were carefully designed to show that the ravens could plan under flexible conditions: varying time delays and solving a mechanical (puzzle box) or social (trade) problem. Not only did they match monkeys in their appearance; they beat them. The ravens even outperformed 4-year-old children.

But sometimes it is more complicated. Birds, butterflies and bats all have wings, but not because all of their ancestors had wings down to their last common ancestor. Those three groups all independently evolved wings in response to similar evolutionary pressures.

The same ideas apply to cognitive skills. Can corvids and apes plan for the future and think about other minds because those abilities are shared way back on the family tree, where mammals shared a last common ancestor with birds? That was about 320 million years ago, suggesting that everything from snakes to rabbits should have the same abilities. It seems incredibly unlikely. So instead, convergent evolution is the best explanation: we evolved the same cognitive traits in response to similar evolutionary pressures.

That means, write Kabadayi and Osvath, that these “avian dinosaurs” don’t just show what bird brains are capable of — they “open avenues for research into the evolutionary principles of cognition.” Looking for the evolutionary pressures that lead to this kind of flexible cognition could help us understand why humans, our close relatives and a handful of other species ended up the way we do.