Rasputin stars in all his crazy, mystical glory in The King’s Man final trailer |Techilink 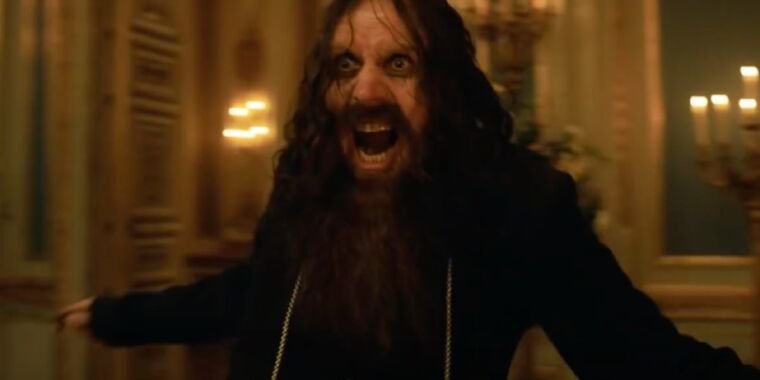 Any trailer where Rhys Ifans chews the landscape as the crazy, mystical Rasputin will be a winner, which is exactly what we get for in the final trailer The King’s Mandirector Matthew Vaughn’s prequel to his successful Kingsman franchisee. It was originally intended to be released on November 15, 2019, and was then rescheduled for February 14, 2020, before 20th Century Studios moved the film to its current release date: September 18, 2020.

(Spoilers for the first two Kingsman movies below.)

As I wrote when the first trailer came out last fall, the Kingsman franchise is based on the Marvel comic series The Secret Service by Mark Millar and Dave Gibbons, which spawned two highly successful action/comedy spy movies. In the first film, Eggsy (Taron Egerton), the young son of a deceased Kingsman agent, is recruited to follow in his father’s footsteps by Harry Hart (Colin Firth), aka Galahad. (All Kingsman agents take on the nicknames of the Knights of the Round Table.)

The agency is looking for a new Lancelot, and Eggsy narrowly loses the job to Roxy (Sophie Cookson). But he gets another chance when a second agent gets lost on the job, and he joins Roxy and Merlin (Mark Strong) to foil a nefarious plot by tech entrepreneur Richmond Valentine (Samuel L. Jackson).

Kingsman: The Secret Service grossed over $400 million worldwide when it debuted in 2014, receiving acclaim for its deft comedic touches and hyper-stylized action sequences. Eggsy was back for Kingsman: The Golden Circle (2017), this time teaming up with the agency’s American counterpart, Statesman, to topple a drug cartel. It didn’t have the same magic as the original, with mixed reviews, but it still grossed $410 million worldwide, almost certainly guaranteeing more installments. Vaughn is said to have shot the third film in the franchise (a sequel to The golden circle) along with the prequel, with Firth and Egerton reprising their roles.

The prequel will explore the “bloody origins” of the first-ever independent intelligence agency. According to the official premise, “As a collection of history’s worst tyrants and criminal masterminds gather to plot a war to wipe out millions, one man must race against time to stop them.” Among those tyrants is Grigori Rasputin (Rhys Ifans). Historically, Rasputin was a mystic who gained considerable influence at the court of Tsar Nicholas II, only to be assassinated in 1916 by a conspiratorial group of nobles. Legend has it that it took several attempts to finally kill him, so he should make for an excellent villain.

Last fall, I noted that the first trailer was “conspicuously lacking in the dark humor that so broadly appealed to its predecessors,” though it certainly featured many of Vaughn’s signature hyper-stylized action sequences. This latest trailer has a bit more of an understated humorous spark, starting with Rasputin calling a gathering of his secret cabal. His nefarious plan is to start a world war in which “nations will slaughter each other while we get rich.” That’s the mad mystic’s idea of ​​a good time.

We get a few scenes of escalating chaos, as Rasputin blows up a ship and a bystander throws a grenade into a motorcade – the car just behind the Duke of Oxford. War breaks out, much to the chagrin of young Conrad, who complains to the Duke, “You can’t lock me up while the world burns.” At that moment, the Duke introduces Conrad to his secret society. “We are the first independent intelligence agency,” he says. “Refined, but bold. Civilized, but merciless.” They will have to train hard to defeat Rasputin, who is remarkably agile and a good fighter.

The King’s Man is currently slated to hit theaters on September 18, 2020 (as always, prepared by coronavirus).