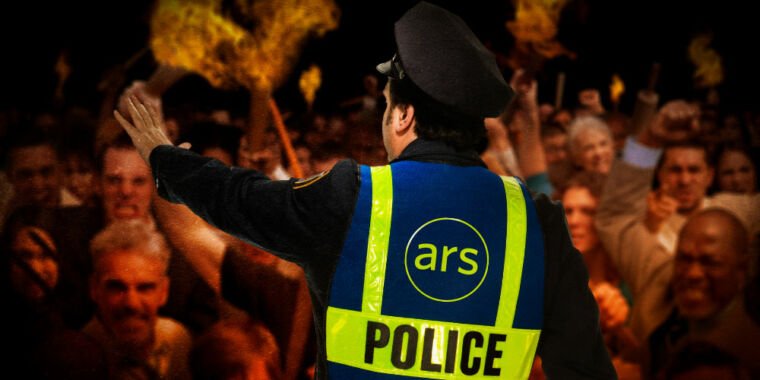 Update: On March 25, Gilead announced that it had asked the Food and Drug Administration to revoke orphan drug designation:

Gilead has filed a request with the U.S. Food and Drug Administration to revoke orphan drug designation for its investigational antiviral remdesivir for the treatment of COVID-19 and waives all benefits associated with its designation. Gilead is confident it can maintain an accelerated timetable in seeking regulatory review of remdesivir without orphan drug designation. Recent contacts with regulatory authorities have shown that submissions and reviews regarding remdesivir for the treatment of COVID-19 are being accelerated.

Monday night, a panicked headline on The Intercept proclaimed that a potential treatment for COVID-19 had been classified as what is known as an “orphan drug,” which is a class given to treatments for rare diseases, and that such a classification would reduce the danger of ” potentially limiting” [the drug’s] affordability.” At first glance, describing a COVID-19 treatment like this sounds absurd, given that a pandemic is the exact opposite of a rare disease. So what exactly is going on, and does it mean that Gilead Sciences, the biotechnology company that makes the drug (called remdesivir) drive up its prices so that only the rich survive?

By the late 1970s, it was clear that the incentives for profitable pharmaceutical companies did not match the needs of people with rare diseases. Developing a new drug was extremely expensive even 40 years ago, and so if a drug company wanted to earn its money back, it would focus on conditions where it could expect a lot of sales rather than those with just a handful of patients. The rare disease advocacy community was understandably outraged by this cold-blooded economic analysis, and by 1983 it had successfully persuaded Congress to pass the Orphan Drug Act.

Once the law was passed, the FDA was given the power to grant a drug “orphan” status, even to compounds without patent protection. If a company had its product approved as an orphan drug, it was granted a period of market exclusivity, meaning that no one else would be allowed to sell the same product for the treatment of that particular disease for seven years. In addition, all the costs associated with the development of that orphan drug — including the payroll for scientists and so on — were subject to a nifty tax credit. Since the passage of the Orphan Drug Act, more than 800 orphan drugs and biologics have been approved by the FDA out of more than 5,300 applications.

When we say “rare disease,” it is commonly believed to mean a condition that affects fewer than 200,000 individuals in the United States. Obviously, the predictions for COVID-19 are many times higher – it is a pandemic, after all. The Orphan Medicines Act does, however, make an exception for more common diseases with unmet needs. So the FDA may consider granting orphan drug designation to a treatment for “[a] disease that affects more than 200,000 people in the US, but for which there is no reasonable expectation that the costs of developing and providing a drug for such disease will be recovered from sales in the US.” Gilead used drug application with his remdesivir orphaned child.

The FDA has not approved remdesivir as an orphan drug

At this point it’s important to make something clear: the FDA hasn’t done that approved remdesivir as an orphan drug. It has assigned it’s an orphan drug (as of yesterday), meaning Gilead could start tracking all of its spending on studying remdesivir as a treatment for COVID-19 to comply with the IRS. But getting something orphaned by the FDA is pretty easy: The agency tries to respond to requests within 90 days and doesn’t even charge user fees.

Getting FDA approval as an orphan drug is another matter — it requires actual clinical data, and approval usually occurs four or five years after designation. (In the case of remdesivir, I saw the approval happen much faster given the public health emergency, but again, it would still require that clinical trial data be collected, analyzed, and then reviewed.) This approval is by no means guaranteed; Gilead filed for orphan drug designation in September 2014 for remdesivir as a treatment for Ebola. But as of March 2020, that approval has not been granted.

Is it time to grab my torch and pitchfork?

In its article, The Intercept notes that Gilead is no longer granting new patients access to remdesivir through a “compassionate use” waiver, which allows a drug to be given to a patient for a disease for which that drug was not approved by the FDA. But we should also note that until the clinical trials are completed, remdesivir has yet to be proven to actually be effective in SARS-CoV-2 infections. A Phase 3 clinical trial is underway in the US, but did not begin until February. (Another trial is also underway in China.) And the seven years of orphan drug exclusivity — and those potentially excessive pricing — can only happen after FDA approval.

In fact, there is another complicating factor in all of this. While the FDA has the power to grant seven years of market exclusivity, that power is separate from the power given to the US Patent and Trademark Office. A patent granted by USPTO is an intellectual property right, which can be much broader than the narrow definition of an orphan drug for a particular condition, and patents have a term of 20 years. And Gilead already has a patent for remdesivir in the US, so it’ll likely be able to ask for what it wants for the drug, regardless of whether it’s also approved as an orphan drug. In fact, any patent protection would likely extend to 2037, well beyond the exclusivity of the orphan drug market, as the two can and will work simultaneously.

Finally, there is a provision in the law that would allow the FDA to allow other companies to sell remdesivir if the Secretary of Health and Human Services determined that Gilead could not “guarantee the availability of sufficient amounts of the drug to meet the needs.” of individuals with the disease or condition for which the drug is intended.” (Whether an HHS secretary of this particularly business-friendly regimen would ever do such a thing is another question.)

That is not to say that criticism of the Orphan Medicines Act is completely unjustified. Orphan drugs often have high prices, and 95 percent of the approximately 7,000 rare diseases identified have no effective treatment. While the market exclusivity granted under the law benefits about a third of orphan drugs, it is more often the sweet benefits of corporate income tax that drive that calculation.