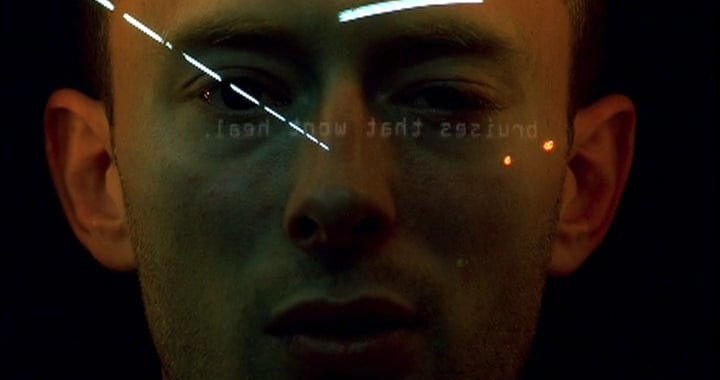 On Monday, British rock band Radiohead launched arguably the most comprehensive one-stop website for a single band we’ve ever seen – and for an internet-savvy band like Radiohead, that’s saying something.

The Radiohead library, which can be found at the sensible URL of radiohead.com/library, contains almost every official studio release since the band’s debut album Pablo Honey launched in 1993, along with much, much more. Full concerts, TV appearances, CD booklets, long-lost promotional videos: they are all here.

Whether you’re visiting the site on a smartphone or a desktop browser, it’s formatted to represent each Radiohead era as a series of squares and rectangles. The top of the site features generic, single-colored squares, each representing a large studio album. Click on any of them to reveal the album, its accompanying EPs and singles, and a scattered assortment of official music videos, full concert recordings, and other audio and video clips from that album’s era. As you scroll through each era, you may see squares with T-shirt logos. As it turns out, these link to reprints of classic tour shirts and merchandise from nearly every Radiohead album, which is back on sale for the first time in years.

However, if you’re a fan of YouTube as a music consumption service, you’re out of luck. Every Radiohead studio recording is linked to Spotify and Apple Music streaming options, presumably to ensure greater global access rather than linking to YouTube videos that can suffer from region-limitation headaches. The direct video links of the collection, meanwhile, are based on Vimeo; since press time, that’s resulted in some serious glitches and hiccups in video streaming, perhaps due to one of the world’s biggest bands uploading dozens of never-before-seen concert and TV footage in one fell swoop.

Should the full collection prove to be intimidating, Radiohead offers a little curation. Bassist Colin Greenwood is the first band member to appear on the site’s “Curated By” list with a selection of nine videos, headlined by a killer cover of Carly Simon’s “Nobody Does It Better” taken from an MTV gig from 1995. Future admin pages are announced on the band’s Instagram page.

The Radiohead library follows an equally vast body of music by British electronic musician Richard D. James, better known in the world as Aphex Twin. His 2017 archive project provides easier and freer access to decades of music, as it includes its own built-in music player, along with links to buy copies of his albums, EPs, and singles from there.

Radiohead were one of the biggest rock bands in the early days of music sharing and embraced the internet as a distribution platform. The Official Promotional Campaign for the 2000s Kid A revolved around a series of viral “Blip” videos (which are back in full in the Radiohead Library this week), while in 2007 In Rainbows debuted as an online giveaway with an optional purchase attached. Last year a huge collection of OK Computer demo tapes found their way online and Radiohead responded by temporarily giving away those same demo tapes as a free stream, with the proceeds of an optional purchase going entirely to charity. And while the band’s YouTube page isn’t nearly as extensive, it’s also full of hours of studio recordings and full concerts.