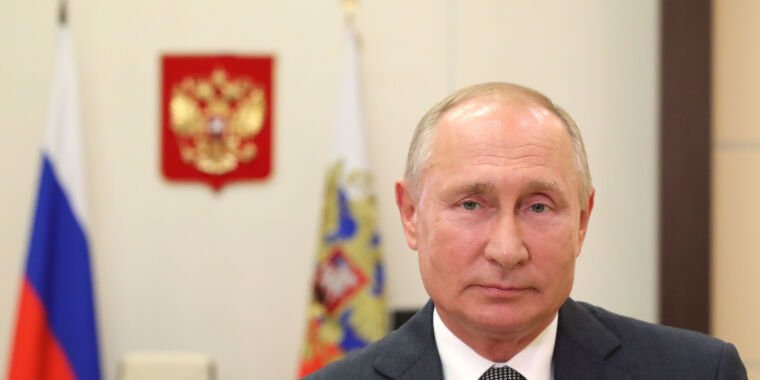 Russian President Vladimir Putin on Wednesday announced the second dubious approval of a COVID-19 vaccine that has not been evaluated in clinical trials.

The vaccine, called EpiVacCorona, is said to be a synthetic peptide-based vaccine, which uses fragments of the pandemic virus SARS-CoV-2 to elicit protective immune responses in those who have been vaccinated. It was developed by Vector State Virology and Biotechnology Center, a former Soviet bioweapons laboratory.

Like the first vaccine approved by Russia, it is completely unknown whether EpiVacCorona is actually safe and effective. In a televised press conference, Putin said the first trials involving 100 people were successful. But researchers have not published any safety or efficacy data from those studies. Russian health officials have said they are still assessing the vaccine for “safety and quality”, but declined to provide additional information about the vaccine, its data or the approval process.

In addition, EpiVacCorona has not yet embarked on larger clinical trials needed to determine safety and efficacy. In general, data from late stage clinical trials (phase III trials) is required for standard regulatory approval. Those trials usually involve tens of thousands of participants, who are closely monitored for months to assess how effective the vaccine is at preventing infection and to check for rare side effects.

Still, Putin praised the new vaccine at the press conference, revealing that Deputy Prime Minister Tatyana Golikova and the head of Russia’s consumer safety watchdog Anna Popova have both received doses of EpiVacCorona as part of a clinical trial.

The lack of data on EpiVacCorona mirrors what was seen in August, when Russia approved its first COVID-19 vaccine, Sputnik V. That vaccine was also approved with no published data after it was tested in just 76 people. Initial trial results have since been released on the vaccine, but researchers were quick to notice quirks in the data. Sputnik V is now in major Phase III trials.

And, like EpiVacCorona, Putin announced the endorsement of Sputnik V, while noting early, high-profile vaccinations. Putin revealed that one of his own daughters had received a dose of the vaccine.