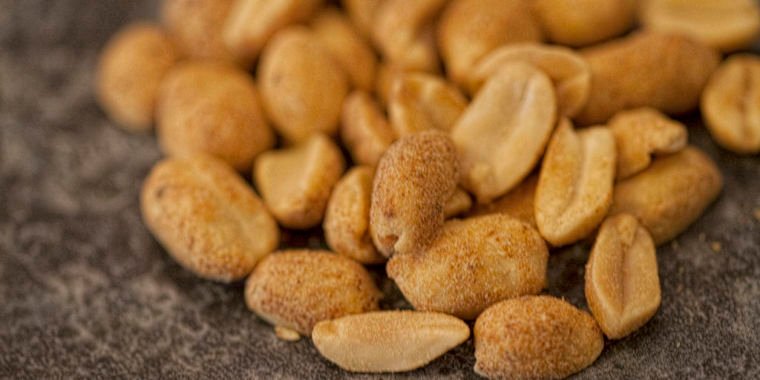 Peanut allergies are among the deadliest food allergies. Accidental exposure to even a small amount of peanut protein can cause serious reactions. For kids with these allergies, the killer can also be the cure, as long as it comes in even smaller doses. The results of a clinical trial, published today in the New England Journal of Medicine, show excellent results for a careful desensitization program. The treatment doesn’t cure the allergy and carries significant risks, but it can help children live their lives without the fear of a peanut-flavored trigger in everything they eat.

The principle behind desensitization, or allergen immunotherapy (AIT), is to expose the body to the allergen in small and gradually increasing doses, teaching it to react less when it recognizes something it perceives as an invader. In 2015, the Journal of Allergy and Clinical Immunology published a paper detailing the “international consensus” on the treatment, stating that while the technique is undisputed for hay fever, there was insufficient understanding of its use in treating food allergies.

Research on AIT for peanut allergies is ongoing, but has not provided enough high-quality evidence for it to become an approved treatment. That’s why the publication of this Phase 3 study is big news: It’s the last phase drug trials must go through before the company can apply for authorization for the drug from regulatory agencies such as the FDA. However, that not means the science on this is done and everyone can go home – there are many more questions to be answered, and often more than one trial is needed before approval is granted.

This trial involved a massive group of researchers at 66 sites in 10 countries, and they enrolled 551 patients with peanut allergies. Most of those patients — 496 of them — were between the ages of 4 and 17, which is part of the main interest group. All of these participants had participated in a food screening challenge where they were fed oat protein or peanut flavor disguised protein one day, and then the other food on a second day. The idea behind this was to make sure the participant didn’t know if they were actually eating peanuts — and the person feeding them the food didn’t know what they were eating either. Only people who had a reaction to the hidden peanut protein were included in the trial.

The participants were then randomized: a quarter in the placebo group received a powder that was identical to the treatment, but without peanut protein, and three quarters received the treatment. That treatment started with just 0.5 mg of peanut protein in the starting dose and gradually increased to 300 mg over 24 weeks — about the same as a single peanut. Then came the maintenance phase: 300 mg every day for another 24 weeks.

When the treatment was over, the results were grim. In another food challenge, the researchers tested how high the participants’ tolerance had become. This started with low doses of peanut protein and, if the participant could, increased the dose on the next round. Only eight percent of the children in the placebo group made it through the 300 mg round, compared with 77 percent of the children in the treatment group.

At the next round of 600 mg, four percent of the children in the placebo group made it, while 67 percent of the children in the treatment group did. And 2.4 percent in the placebo group were able to tolerate 1,000 mg of peanut protein, compared with half of the treatment group. Among the 55 adults tested, the differences in food challenge responses were not statistically significant.

Standby with the Epipen

Exposing a large group of children to the foods to which they are extremely allergic is, to say the least, not without risks. The trial had a high dropout rate of nearly 12 percent in the active group due to side effects, and nearly all participants who received the treatment had a reaction during the treatment period, two-thirds of them moderate or severe. This is probably not entirely attributable to the treatment itself, but it is higher than the percentage in the placebo group, less than half of whom had a moderate or severe event during the study.

During the last food challenge, five percent of the children in the treatment group had a severe reaction and 25 percent had a moderate reaction. This was much lower than the rate in the placebo group — 11 percent and 59 percent, respectively — but shows that the treatment and testing involved significant risks. “This is not something to start at home,” epidemiologist Michael Perkin wrote in an accompanying statement NEJM editorial.

A major weakness of the trial is the closure of the maintenance period at six months. Trials are underway with long-term maintenance therapy, but at this stage there is no evidence showing how long maintenance treatment is likely to be effective or even safe. If long-term maintenance works, it would require continued discipline from patients, probably for the rest of their lives, writes Perkin: “The main concern with immunotherapy is that the induced allergen tolerance will be temporary and will be lost when regular consumption stops.” .”

Despite these warnings, there is no doubt that this is exciting and welcome news for children with peanut allergies. “Most parents would view their child’s regular consumption of a few peanuts as a very small price to pay to keep the potential threat of systemic anaphylaxis at bay,” Perkin says.