Prior to the July 30 season premiere, Rick and Morty tour the country in a giant merch bus |Techilink 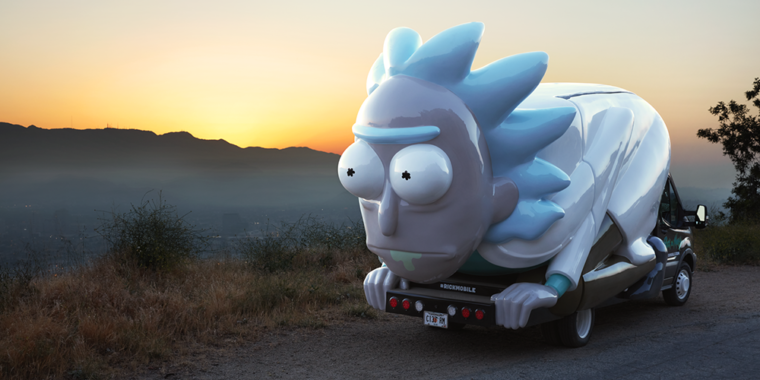 TACOMA, Washington – On an otherwise drowsy, slow workday leading up to the weekend of July 4, a medium-sized town about 30 miles outside of Seattle had grounded. Cars and crowds lined a main road, all waiting to see… a giant bus with a drunken cartoon face.

There’s not much to the bus other than, you know, a disarmingly big Rick face covered in green saliva and a ton of overpriced merch. That didn’t stop a crowd of people from buying exclusive shirts and toys while posing with the ridiculous vehicle. The meeting in Tacoma was so massive that it spread over four city blocks. A fan even showed up with a duped Jurassic Park Jeep, and the signage was cheaply taped to read “Anatomy Park” as a tribute to the strange episode of the TV series of the same name.

So I drove to Tacoma, braved the famous smell and snapped pictures of what to expect at a Rickmobile tour stop. The promotion has been running sporadically since May and will continue through October with stops in the western and southern United States (including, of course, San Diego Comic Con in July). Unfortunately, the Rickmobile had nothing in the way of Pickle Rick merchandise, which we hope will arrive after these and other new series concepts debut in the third season.