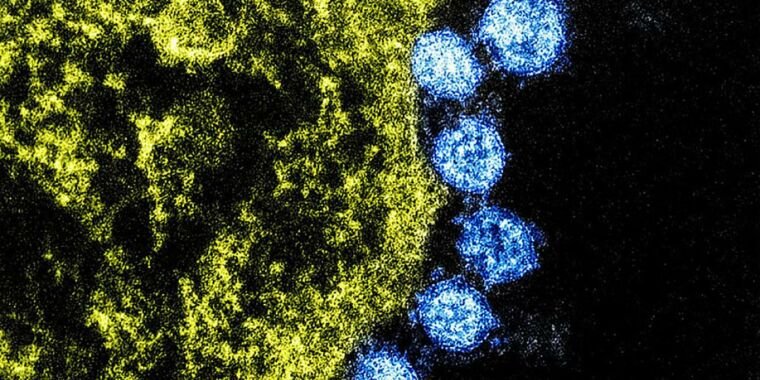 While the SARS-CoV-2 virus is new to humans, in general, coronaviruses are not. There have previously been members of this group of viruses that have raised fears of a pandemic, while another group regularly circulates widely in humans and causes symptoms of the common cold.

Early on in the COVID-19 pandemic, there was some evidence that previous exposure to cold-causing viruses could provide some degree of protection against the disease. But in December, researchers published results indicating that cross-reactivity against related viruses by T cells probably wouldn’t be effective. Additional results have now been published indicating that antibodies raised against common cold viruses do not neutralize SARS-CoV-2.

The SARS-CoV-2 virus has a number of characteristics that distinguish it from other coronaviruses that have circulated in humans. But it also has many things in common, such as the use of RNA as genetic material and the general layout of the genome. Some of its genes also picked up very few changes over the course of evolution. As a result, there are some sets of genes that are identical in cold viruses and SARS-CoV-2.

This revelation proved relevant to a study we covered last year. In that work, researchers looked at the response to SARS-CoV-2 in T cells, specialized immune cells that do things like help antibody-producing cells or kill cells that are already infected. T cells work by recognizing short pieces of foreign proteins, such as those of viruses. As you might expect, the number of T cells that respond to SARS-CoV-2 increased after infection.

The surprise was that they went up from a non-zero level. In other words, even before humans were exposed to SARS-CoV-2, their immune systems had T cells that could respond to its proteins. This was found to be mediated by short pieces of the viral proteins that were identical in both common cold viruses and SARS-CoV-2. So it’s possible that these T cells may provide a small degree of immune protection against the new virus, which in turn may help explain some of the differences in the severity of COVID-19 symptoms.

There were indications that this was the case. A study of medical records showed that patients who previously had a positive PCR test for one of the common cold viruses had less severe COVID-19 symptoms if they contracted the illness.

But then a paper published in December looked at the T-cell response in more detail. It found that most T cells that responded to SARS-CoV-2 prior to exposure to the virus had poor affinity for its proteins and were generally not very specific; they tended to respond to several other viruses, not all of the coronavirus family. After infection, T cells with similar weak affinity for SARS-CoV-2 proteins were found in high concentrations in patients with severe COVID-19 symptoms. In contrast, people who effectively controlled the disease tended to have T cells that were highly specific for SARS-CoV-2.

But T cells are clearly not the only part of the immune system that matters. Much of our focus in immunity monitoring has been on antibody production. And we’ve found a variety of antibodies that, at least in test situations, can prevent SARS-CoV-2 from attaching to cells and infecting them. So it’s possible that antibodies produced in response to cold viruses could also influence infection by SARS-CoV-2 or COVID-19.

But there are reasons to believe that this influence was less likely than T-cell-based immunity. Antibodies are produced only against the proteins located on the surface of the virus, while T cells can be generated against any viral protein. And the two major surface proteins of coronaviruses differ significantly between the common cold viruses and SARS-CoV-2. These differences include the sites where antibodies that neutralize the virus bind to it.

In any case, a paper published on Tuesday provides clarity. The authors compared the antibodies present in blood samples prior to the onset of the pandemic and compared those found in patients infected with SARS-CoV-2.

Overall, just over 4 percent of pre-pandemic individuals had antibodies that reacted with the spike protein found on the surface of the SARS-CoV-2 virus. Of those, only 1 percent specifically targeted the region the virus uses to attach to cells. In contrast, about 16 percent of these individuals had antibodies that recognized the protein that makes up the virus’s surface coating.

Even when antibodies targeting SARS-CoV-2 were present in these individuals, only a few of them blocked the virus’ ability to infect cells. That was in stark contrast to the antibodies produced after SARS-CoV-2 infection, which could often block further infections. And the antibodies that existed before the pandemic had no apparent impact on the progression of COVID-19 symptoms.

Obviously, our immune system’s response to cold viruses seems to fade over time. So the researchers rewrote their analysis to include only those participants who had a cold in the past year. This made no difference.

Despite the fact that these antibodies did not appear to be effective at blocking SARS-CoV-2, their numbers were increased after a case of COVID-19. This is not surprising, since they did recognize the virus. But it seems more like an accidental side effect of infection than a product of a robust immune response.

Another reason to hate cold viruses

In general, there is no evidence that T cells or antibodies produced against cold viruses offer much protection against the virus. But the subject clearly needs further investigation. Due to the nature of these detailed immunological studies, the number of patients examined will be relatively small. That’s especially true when compared to the study in which a measure of protection was provided by exposure to cold viruses; by simply scanning electronic health records, those researchers were able to view the results of more than 12,000 people.

Of course, that was 12,000 people who had respiratory symptoms severe enough before the pandemic that they had undergone panel screening for a large number of respiratory pathogens. This suggests that they are probably not an accurate sample of what the typical COVID-19 population looks like.

So while there is currently little evidence of a beneficial effect from cold viruses, the idea is not completely ruled out, and more data will always be better. Unless it confuses things further.