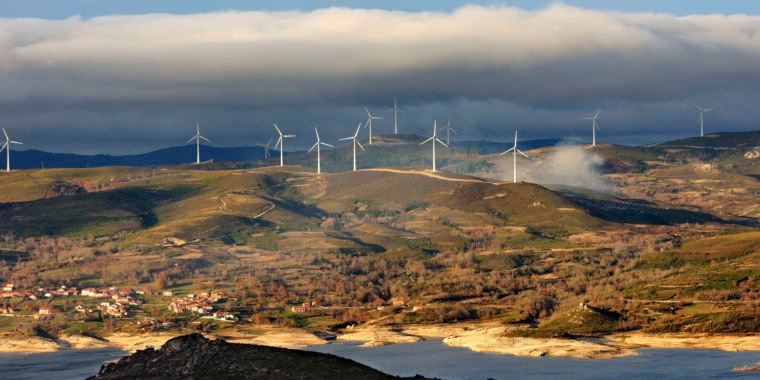 The Portuguese energy system operator had some interesting news to share as March ended. It appears that although Portugal’s monthly energy consumption increased 9.7 percent compared to March 2017, the country produced enough renewable energy (just over 4,800 Gwh) to exceed its energy demand (just over 4,600 Gwh).

This does not mean that Portugal has avoided using fossil fuels; these numbers simply compare the total gigawatts of renewable energy produced to the total demand for gigawatts of energy for the entire month. Sometimes that demand did not coincide with the time when the renewables were producing, so natural gas and coal plants had to be used. Still, according to the Portuguese Renewable Energy Association (APREN), the day with the least amount of renewable energy (March 7) was still enough to meet 86 percent of Portugal’s demand through renewable energy. On the other hand, the Portuguese renewable energy sector produced 143 percent of its demand on March 11. In fact, Portugal’s electricity consumption was fully covered by renewable energy for a 70-hour period beginning on March 9 and for a 69-hour period beginning on March 12.

Additional energy can be exported or used to pump water for pump storage in Portugal, APREN board chairman António Sá da Costa told Ars via email. The association confirmed that no water was turbed in the pumped storage facilities in March, so that water can be used to generate more renewable energy in June or July, when the hydroelectric plants could run low.

March is generally a good time for renewable energy in the Northern Hemisphere to set records: winds are strong, snow is melting in the mountains and/or heavy rains are creating strong hydroelectric conditions, more sunlight is becoming available and electricity demand tends to be low with milder temperatures because people don’t run their heaters or air conditioners. While more fossil fuels are usually needed in most places to meet summer and winter demand, the ‘shoulder season’ records are not meaningless – they are proof that high-penetration renewable scenarios are possible.

APREN also noted this: “This data not only points to a historic milestone in the Portuguese electricity sector, but also demonstrates the technical viability, safety and reliability of the operation of the electrical system, with a high share of renewable electricity.”

Portugal was lucky this month with a good amount of rain after a drought, allowing a lot of hydroelectric production. It also saw better than average wind conditions in March. APREN reports that in March, 55 percent of electricity consumption in Portugal came from hydropower and 42 percent from wind. In total, the renewable energy Portugal consumed in March emitted 1.8 million tons of CO. avoided2.

According to the Portuguese transmission operator (abbreviated as REN), these conditions were constant during the first quarter of 2018. Of all the energy the country produced between January and March, 42.1 percent came from hydropower and 35.1 percent from wind. Natural gas accounted for 10.7 percent of production, coal for 6.2 percent, biogas for 4.4 percent and solar energy for one percent.

Consumption showed a slightly different story, as available resources from fossil fuels and biogas are used to meet demand when variable resources such as wind cannot. (Portugal imports energy and also exports some of its energy, so we get an imperfect picture if we look at a country in a silo.) In total, 31 percent of consumption was met with wind, 24 percent with hydropower, 5 percent with biogas and 1.1 percent with photovoltaics. Of the fossil fuels, 22 percent of the country’s consumption was covered by natural gas and 17 percent by coal.