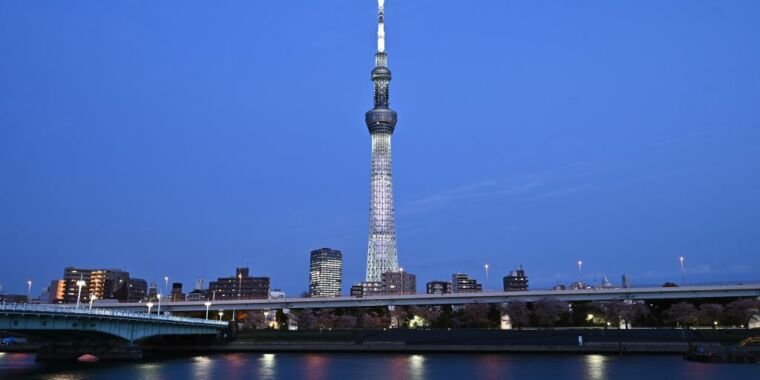 When it comes to measuring our position on Earth, we tend to turn to one of the global positioning satellite constellations. For standard commercial devices, the absolute position accuracy is a few meters, although it can be reduced to a few centimeters with more advanced techniques. But there are applications where satellite-based measurements are not suitable for the job. Fortunately, the earth provides its own yardstick: gravity.

For example, if you wanted to measure subsidence and swelling around a volcano, an accuracy of a few centimeters would be highly desirable, and standard GPS is not accurate enough without specialized hardware. To get around this problem, researchers in Japan may have proposed and demonstrated the most expensive altitude sensor in human history. Fortunately, it has a bonus feature: it will continuously test general relativity.

Shine a light on time

Einstein’s general theory of relativity tells us that clocks tick slightly more slowly in a gravitational field. So if one clock is an inch higher than the other, it will go faster. How much? Not much: a clock must be accurate to a few attoseconds (10-18s) detect centimeter differences in height. Coincidentally, optical grid clocks can achieve this accuracy.

However, these bells are rare and delicate flowers. They are usually rare enough to have names and are cared for by the kind of people who keep their pencils by lead type. The idea of ​​dragging one of these clocks outside the lab seemed laughable. Yet this is exactly what researchers have done.

Why is this so complicated? An optical lattice clock uses the change of a quantum superposition state over time to measure the progress of time.

The electron might as well ignore the energy and remain in the lowest energy state. So if we supply some energy, the electron enters a state of both excited and unexcited at the same time. We cannot know without measuring.

This is a superposition state, which we describe with the probability that the electron has absorbed energy and is excited. If we give more energy, we increase that chance. Since this is quantum mechanics, nothing is simple. If we continue to supply energy, the probability will peak, then fall back to zero, and then increase again in a regular cycle. We call these Rabi cycles.

By measuring the Rabi frequency – that is, how many Rabi cycles are completed in a second – we also obtain a measure of how fast time is progressing.

Making a trap with light

The whole process is very cool. First, strontium atoms are cooled down to a few microkelvins. The cold atoms are pushed into two laser beams that move opposite each other. The electric fields of the laser beams interact. In some places the fields add to a higher value to make very bright light; in others they cancel (like adding +1 and -1 to get zero), creating a dark spot.

The researchers then smash the strontium with a laser that puts the atoms in a superposition state. The atoms are transported out of the shielded region, where the amount of light they emit is measured. If the exciting laser has just the right frequency for strontium to absorb energy, all the strontium atoms will emit light. This laser frequency then becomes our measure of time (the number of light cycles per unit time is inverted to reflect the progress of time).

Lots of boxes in the back of a Honda Civic

To accomplish all this, the researchers built a system with six high-precision lasers, a set of controllers to distribute the laser light to the right locations at the right time, and all the magnetic field coils, etc., to provide complete control. of the strontium atoms. This kit has been reduced to four boxes, which fit in the trunk of a small hatchback with the seats down… although I doubt the researchers would let you transport their clock in a VW. A tangle of cables (optical and electrical) connects the four boxes.

The researchers showed that they could transport their clocks and take measurements by measuring the height of the observation room in the Tokyo SkyTree tower, which is nominally 450 meters high. She almost compared their measurements with laser distance measurements and with GNSS measurements. The optical clock was able to measure altitude up to… well, as far as I know, the researchers don’t really give this information.

Regardless of the altitude reading, the variation in frequency they saw is the one predicted by general relativity, so the physics is still not broken.

I think I’m most impressed with the fact that this can be achieved at all. Take one of the most accurate machine parts in the world, put it in the back of a truck, drag it onto a cell tower via the remote elevator and make sure it doesn’t break – just awesome. That’s the paper’s core message: robust optical clocks with attosecond precision are ready to go (even if they aren’t small or energy efficient yet).