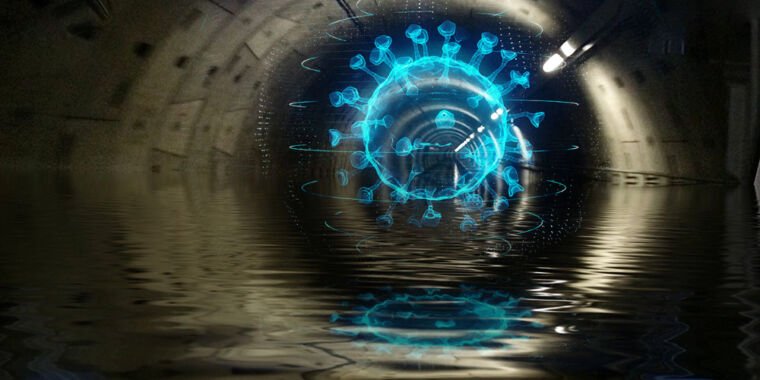 Across the country and the world, coronavirus and stay-at-home lockdowns are being lifted as the number of new infections begins to decline. That should not be interpreted as people who have suddenly defeated the virus; local outbreaks of SARS-CoV-2 will be something we have to deal with until there is an effective vaccine or widespread immunity. It is vital for public health officials to be aware of those outbreaks as much as possible. And it’s possible that sewage sludge can give that message.

The idea is quite simple. We know that infected people release SARS-CoV-2 viral RNA in their feces, so you can take samples of sewage sludge, look for the genetic material of the virus, and thereby get an idea of ​​the viral load of the feces population.

In fact, the idea of ​​using our sewers for biosurveillance is not new. I first heard the concept at the Advances in Genome Biology and Technology meeting in 2011, when biotechnology companies such as PacBio and Oxford Nanopore proposed to use their advanced new platforms to sequence the DNA in sewage for public health information. But the idea was old-fashioned then — Israel has been monitoring sewers for signs of polio outbreaks since 1989, detecting outbreaks in 1991, 2002, and 2013.

What makes the approach here all the more useful is the fact that changes in the amount of detectable virus in sewage sludge appear to reflect changes in the number of new cases — in fact, they provide an advanced warning. This is evident from a recent preprint by a group of Yale researchers.

Between March 19 and May 1, the scientists took daily samples of sewage sludge from the East Shore Water Pollution Abatement Facility in New Haven, Connecticut, which serves a population of about 200,000 people. The researchers then measured the total amount of RNA in each sample, as well as the amount of SARS-CoV-2 RNA. This showed that levels of coronavirus during that time rose, peaked and then declined.

Then, when the researchers looked at daily COVID-19 admissions at Yale New Haven Hospital, as well as lab-confirmed cases in the communities served by the sewage treatment plant, they found a clear correlation with the viral levels left behind for seven days. In other words, a rise in viral load in sewage occurred a week before a similar rise in new COVID-19 cases.

It should be apparent that a leading indicator of new cases such as this one could be much more useful to public health officials than traditional lagging indicators such as confirmed new cases; it’s the difference between closing a stall door before the horse has stalled rather than after.

While this finding is just a preliminary print, the results confirm those from researchers elsewhere in the country, The Washington Post reported in early May.