Political Radicals Don’t Evaluate Their Own Mistakes – About Anything | Techilink 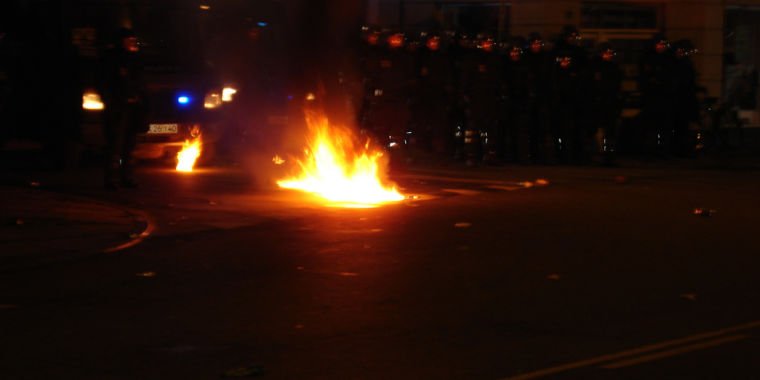 What makes some people radical and prone to extreme views on subjects? Radical, violent political movements have received a lot of attention in the news cycle, while nonviolent radicalism is a major impediment to the compromises necessary to build a functional society. At the same time, some things we now consider accepted, such as the right to vote for women or same-sex couples to marry, were once on the radical fringes of society. Given its importance for the evolution of societies, radicalism seems worth investigating.

A common feature of radicalism is a confidence in the correctness of your ideas, even when they run counter to those of society as a whole. So why do radicals have so much certainty? A new study blames flawed metacognition, the process by which people recognize when their ideas may not be correct and adjust their beliefs accordingly. Although the study does not directly measure political radicalism, it did look at two characteristics associated with it: dogmatism and authoritarianism.

Our brains are not just decision boxes. We are constantly evaluating how confident we are about our ideas, which can help us minimize the risks. If we’re not sure if our opponent is bluffing, we’re less likely to go all-in on a bet. As more information becomes available, we will generally re-evaluate our past beliefs. If we see a player making a series of bluffs, we’ll take that information the next time we need to evaluate the probability.

These thought processes are called ‘metacognition’ or thinking about thinking. They are essential to keep our behavior both flexible and reality-oriented. And since radicals have beliefs often associated with rigid thinking, a team of researchers from University College London decided to see how metacognition works in individuals with radical political beliefs.

Of course, metacognition isn’t the only mental process going on in humans. There are different forms of motivated reasoning and cultural cognition, where people protect themselves from ideas that go against their beliefs. To avoid these kinds of complications and instead focus on metacognition, the researchers decided to use a simple task with no apparent cultural implications: estimate how many dots there were in an area after seeing just a brief glimpse of it and describe how sure they were in their estimate.

In a second experiment, the participants were asked to make the same estimate as in the first experiment, but were then given some additional information about the dot density of the image. This gave them the opportunity to update their confidence level based on new information. The work was done in the US and had an initial experiment of 381 people, along with a replication with another 417.

To spot the radicals, all participants were given a series of questions about their beliefs on a variety of topics, designed to uncover issues such as their dogmatism, intolerance, and authoritarian tendencies. These were matched with a few questions that determined whether they were far left or far right. The results of their confidence in the point estimate test were then compared with their propensity for radicalism.

Radicals generally performed quite poorly when evaluating their own performance, with a lot of misplaced confidence. “Dogmatic people show a decreased ability to distinguish between their correct and incorrect decisions,” the researchers said. This also applied to authoritarians. It was criticized that the reduced capacity was not the product of general hubris, as that characteristic had been explored in some of the survey questions.

The same problem emerged in the tests in which participants were given additional information and then given the opportunity to revise their opinion. And, informatively, people with radical beliefs were less likely to update their confidence in response to the additional information, a feature the authors consider to be a defect specific to metacognition.

The authors summarized their work by writing that “more radical participants showed less insight into the correctness of their choices and less updating of their confidence when given post-decision evidence.” That’s a bit surprising, since most of the research in this area has focused on the ideas themselves, suggesting that trust is simply a mechanism to protect those ideas.

It is important not to see this as a way to ‘fix’ radicalism; as we noted above, radicals can play an essential role in society. But it would be positive to convince some of the radicals that their ideas are not best promoted through the use of force. And this study suggests it will be a tough nut to crack, given that radicals don’t tend to reevaluate their own conclusions.

The story has been updated to make it clearer what traits are measured for those who haven’t read the introduction.