Plants repeatedly lost their ability to obtain their own nitrogen | Techilink 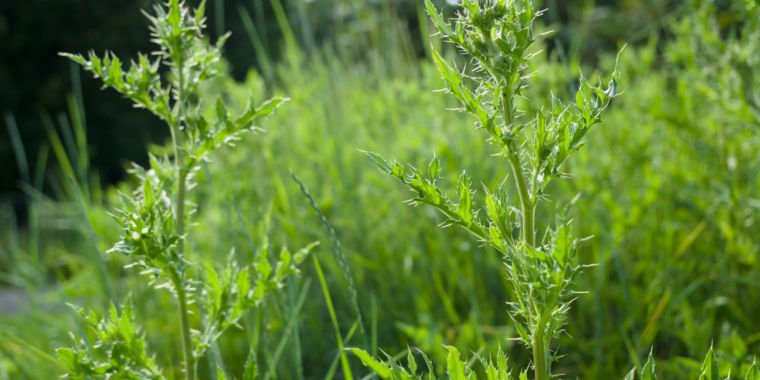 Plants, like all living things, need nitrogen to build amino acids and other essential biomolecules. Although nitrogen is the most abundant element in air, the molecular form of nitrogen found there is largely unreactive. To become useful to plants, that nitrogen must first be ‘fixed’ or removed from its molecular form and coupled with hydrogen to make ammonia. The plants can then access it by catalyzing reactions with ammonia.

Some legumes and some other plants have a symbiotic relationship with certain bacterial species. The plants build specialized structures on their roots called nodules to house and feed the bacteria, which in turn fix nitrogen for the plants and ensure them a constant supply of ammonia. Only 10 plant families have the ability to do this, and even within these families most genera drop out. Since the discovery of the symbiosis in 1888, plant geneticists have wondered: why? If you could provide a constant supply of nitrogen for use, why not?

A global consortium of geneticists sequenced and compared the genomes of 37 plants – some symbiotic, some not; some that build nodules, some don’t; some agriculturally relevant, some not – to try and figure out what was going on. The group’s genetic analysis of the riddle was reported in Science.

The authors considered three possible influences on the presence of the plant-bacterial partnership: (1) an ancestor underwent a predisposition event that allowed the symbiosis to evolve; (2) symbiosis has evolved independently multiple times; and (3) symbiosis was also lost independently several times.

They thought that all the genes necessary for a predisposing event would be present in all nodulating species, and would be found only in them and their clade – the other plants descended from the same ancestors. They found zero genes that met this criterion. So when a predisposing event happened, it happened by co-opting existing genes rather than new ones.

They then looked for the extension of a gene family in symbiotic plants, as this is a method that allows a trait to evolve multiple times. They have not found such genes either.

To see if genes controlling the symbiosis had been lost — which seems odd considering nitrogen fixation is so important — they looked for genes that were only found in knobby species and plants outside their clade, but not in most non-knobby species within. their class. The existence of such a gene would imply that an ancestor would have had it, but the non-modulating species would have lost it along the way.

Look, a gene called NIN (named for its function, Nodule Inception) fit the bill. The non-knobbly species had the same genes all around NIN as their nodulating cousins, but eight different deletion events had erased the NIN gene of different species. Another gene, also needed to house the symbiotic bacteria, followed a similar pattern.

“Use it or lose it” applies as much to genes as (or perhaps more than) to anything else. Genes involved in biological processes are lost if the trait they confer is unused or unnecessary. Most of the time plants have lived on this planet nitrogen has been limiting, so symbiosis should have been preferred. But it was jettisoned at least eight different times. Maybe it was too energetically expensive for most plants to keep: maybe it wasn’t worth the effort to house and feed the bacteria, or non-nitrogen-fixing bacteria took advantage and moved in.

Synthetic biologists are currently working on constructing nitrogen fixation in crops — it’s a worthy goal, as it could reduce the use of fossil fuels to produce nitrogen fertilizers and prevent the runoff of this fertilizer into water sources. But they must remember that, when left to their own devices, plants have lost their ability to fix nitrogen over and over again.