Planet X? Why not a small black hole instead? | Techilink 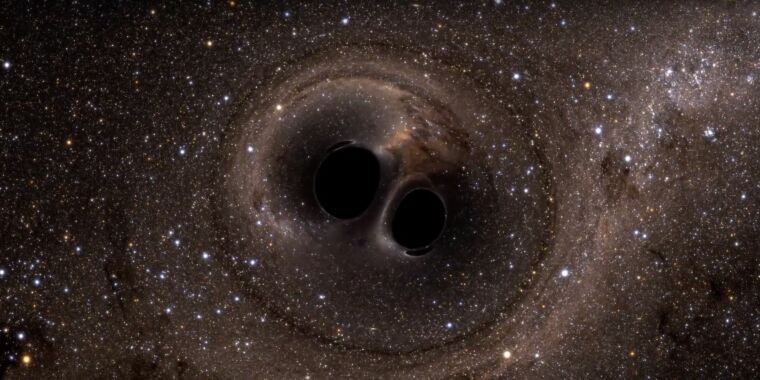 Planet X has a long and storied history of non-existence. For about 130 years, astronomers have debated the existence of an additional planet or planets to explain discrepancies in the orbits of the known planets (primarily Neptune and Uranus). Later, the list of discrepancies was expanded to include trans-Neptunian objects. But none of the Planet X candidates discovered, including Pluto, have the mass or location to explain sightings.

Primordial black holes have now been suggested as the newest planet X (or planet 9, since Pluto was degraded).

The origin of planet X begins with the discovery of Neptune. Neptune wasn’t found by accident: Observations of oddities in Uranus’ orbit were used to calculate Neptune’s location, and it was then found.

This is a game that can be played multiple times. Astronomers then noted that the orbits of Uranus and Neptune could be better explained by the existence of another large planet. Follow-up observations have found numerous objects: Pluto and Charon, Sedna and Eris to name a few. None of these distant bodies is large enough to be planet X. But some of their orbits may also indicate the need for a new planet.

Some trans-Neptunian objects have very strange orbits. Many are clustered and have highly elliptical orbits, and there is a subgroup that orbits well out of the plane in which the planets orbit. That’s unusual, because the action of gravity and the nature of the disk that formed the planets usually keeps everything close to the same orbital plane. Finding highly inclined orbits suggests that something is pulling the objects back from the plane.

A planet large and far enough from the sun could explain these orbits. Indeed, researchers have calculated a range of different planet masses and orbits that could explain the behavior of objects like Sedna.

By lucky coincidence, the required masses and distances correspond to a observed gravitational lens anomaly – a profusion of events where the gravity of an invisible object distorted the light of distant stars. That is, there is mass out there, and it is unseen. Could this be a new planet?

A series of unlikely events

So there seems to be mass, but where does it come from? The planet should be about 300-1000 AU from the sun (for reference, Neptune’s orbit is only 30 AU), where there is very little rock or gas. Simply put, a planet could not form there. One possibility is that the planet formed closer to the sun and ping-ponged there through interactions with one or more of the gas giants. However, in order to stabilize in a distant orbit, a passing star (or something similar) is needed, which seems unlikely. The remaining option is that our sun has captured a free-roaming planet.

But vagrants must have been expelled from their own solar system, meaning most of them move at a reasonable speed. Therefore, the probability of catching such a planet in the required orbit is small, although not impossible.

The new paper argues that if we’re looking at a low-probability event, why not a primordial black hole? Primordial black holes may have formed shortly after the Big Bang. And, unlike black holes formed by collapsing stars, they can have masses ranging from small (10 µg) upwards. That means there should be a few with the correct mass range. How much is a matter of speculation.

Drawn by the idea, the researchers began rolling d20s: They put primordial black holes at an arbitrarily low number, then concluded that catching a black hole is about as likely as catching a wandering planet.

In for a cent, in for a pound

If planet X was indeed a black hole, how would we know? The researchers argue that dark matter destruction is the thing to look for.

Nobody knows if primal black holes exist. No one knows if dark matter destroys, and if it does, there’s no assurance it does in a detectable way — dark matter could self-destruct to create other forms of dark matter, and us, well, leaving in the dark . Thus, a speculative product of the early universe cannot be directly detected unless some other speculative process is properly taking place. In that case, it is possible to confirm whether a primordial black hole is part of our solar system family.

Underlying the speculation is an interesting coincidence: unexplained gravitational lens events that just happen to have the right mass and distance to explain some very strange orbits of trans-Neptunian objects. That coincidence feels like it’s crying out for one explanation, and that’s what the researchers are trying to do. That makes their house of cards useful.