Perseverance on Mars: where it is and what the next steps are | Techilink 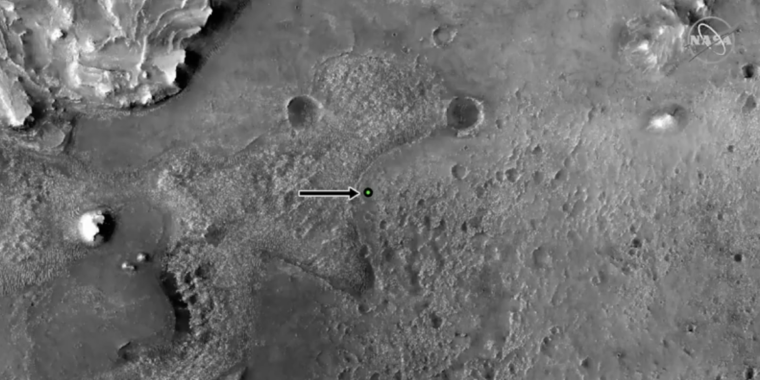 At their first press conference after Perseverance’s successful landing on Mars, NASA and JPL scientists revealed some information about where the rover landed and what to expect for the coming days and weeks when it begins its mission in earnest.

Pictures or it didn’t happen

One of the first assignments is to obtain some of the images, audio and video captured during the landing on Earth. For now, this requires using a low-gain antenna to transmit data to some of the hardware in orbit around Mars. Jennifer Trosper, the rover’s deputy project manager, said the Mars Odyssey orbiter should fly briefly overhead in the coming hours, followed by the Mars Trace Gas orbiter, which will fly over longer and collect greater amounts of data. Matt Wallace, another deputy project manager, said that should be enough to allow NASA to release video of the landing on Monday.

In the long run, however, communication will depend on a high-gain antenna that allows direct communication with Earth. That requires pointing, which means understanding the rover’s current orientation on the surface of Mars, which the team deduced from the shadows in the first images sent down. Those were made with transparent lens covers on the Perseverance’s navigation cameras, by the way, so we can expect better images once they’re removed.

For better photos, the mast with the main imaging camera should be extended, as the camera and high-gain antenna are currently tucked against the body of the rover in flight position. Both should be brought into position in the coming days.

We have an even better idea of ​​where the rover is than of its orientation. Al Chen – who led the Entry, Descent and Landing team – said the rover landed about 1.7 km from the center of the target landing area. He noted that Perseverance landed in what he called “a pretty rough area.” Showing the image below, he said the blue areas were considered acceptable to land, yellow is iffy and red presented areas where there was at least a 4 percent chance of the rover landing on something unlucky.

As you can see, the software managed to place the rover in a relatively narrow channel of blue surrounded by red – “we successfully found that parking spot,” Chen joked. The rover also ended up almost perfectly upright, leaning just 1.2 degrees.

While the rover itself is in excellent ground, a field of rippled sand was visible in the first images that came down. “Maybe we should drive around the ripple field,” Trosper said. “We don’t really like sand ripples.”

Driving will not happen right away. After a few days of trialling instruments, Trosper said the next big step is putting the driving and navigation software on the robot — software that was still being worked on while the rover traveled to Mars. It is clear that this transfer is being done very carefully and the team expects to spend four days updating and validating the software before actually driving.

Once the driving begins, the focus is on testing the helicopter drone that carries the rover. This requires a flat spot that meets a number of specific conditions. Once a location is found, the rover must drop the drone and then move away before it can be tested. Trosper expects Perseverance to take approximately 10 Mars days to get the drone ready to fly, followed by 30 days of testing and using the drone to explore the immediate area.

It is likely that immediately after this process, the rover will begin sampling some of the rocks in its immediate vicinity.

Ken Farley, a Caltech project scientist, said the areas around the rover could be interesting. That’s because there’s a distinct difference between where the rover is and the dunes the team wants to drive through, and that difference matches indications of different mineral compositions in data obtained from orbit. Those kinds of geological transitions can be informative about an area’s history, so the team will want to investigate that.

But in the long run, the goal for Perseverance is to drive to what appears to be a delta to the northwest (at the top left corner of the top image). This delta is the product of water flows during the early wet periods of Mars, and should provide many opportunities to collect samples for an ultimate return mission still in the planning stages. The delta is about two kilometers from where the rover is now, so there are plenty of opportunities for chance discoveries on that drive.

But for now, the main effort is checking the equipment and getting the high-gain antenna up and running.

Aside from all the plans for the rover, everything was complicated by the challenge of running the entire operation during a global pandemic. The mission control, instead of being packed with excited scientists and engineers, was sparsely populated by people wearing masks and maintaining social distancing. Most of the team showed up in a huge Zoom group. Trosper shared how difficult it was to do her job while working in her laundry room (which was ultimately necessary for the actual laundry at inopportune times) while her kids were elsewhere in the house at “Zoom School.”

While the rover was already in Florida preparing for launch, the team decided to put up a plaque commemorating the pandemic. Perhaps the plaque will survive on the surface of Mars long enough to remind someone in the future that Perseverance was one of the bright spots in an otherwise difficult time.